Assistant Professor
of Epidemiology in HIV/TB

I am a medical doctor and joined the LSHTM, for the first time, in 2010 as a student of the MSc in Tropical Medicine and International Health. I have worked for three years, both as a clinician and as researcher, in Mozambique, where I led and coordinated numerous studies and trials mainly focused on HIV and malaria. I completed my PhD at the University of Barcelona in 2016, which assessed the effect of maternal malaria and HIV on infant's health in sub-Saharan Africa. I have worked for the Barcelona Institute for Global Health (ISGlobal) and, more recently, at the University of Cambridge, conducting various population-based studies in Africa. I joined LSHTM in 2018 as technical coordinator of the TREATS project, which aims to measure the impact of an HIV/TB  preventive intervention in the community on the burden of TB in Zambia and South Africa (https://treatsproject.org/).

Department of Clinical Research
Faculty of Infectious and Tropical Diseases

I have worked as Teaching Fellow in the Master of Public Health at the Imperial College and have lectured and supervised MSc's dissertations in the Master of Global Health from ISGlobal-University of Barcelona. Currently at LSHTM I am deputy organiser of the HIV Module, tutor of TMIH students and supervisor of MSc summer projects.

My research has been, mainly, focused on the epidemiology of HIV and malaria in sub-Saharan Africa, particularly on the impact that these two diseases and the current recommended preventive interventions have on the health women and their children. I worked in the MiPPAD trial, a multicenter randomized controlled trial to assess effectiveness and safety on MQ compared to SP in preventing malaria in pregnancy, but have also coordinated large cohort studies to assess the impact of HIV in pregnancy on  infant's morbidity and mortality and cross-sectional studies to describe patterns and trends of HIV-drug resistance on pregnant women and adults in sub-Saharan Africa. I have also worked at the Univeristy of Cambridge in several population-based research and epidemiological field studies to investigate the burden of Chronic Diseases in sub-Saharan Africa. Currently, at LSHTM I am part of the TREATS study, a multi-site project aiming to understand the impact of a combined TB/HIV intervention on TB incidence, prevalence and incidence of infection in Zambia and South Africa. 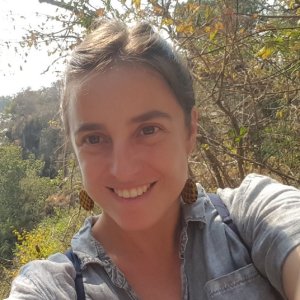