My present research is aimed at designing conceptual and operational models of One Health antibiotic stewardship in low income community settings that are served by pluralistic healthcare providers of variable quality, where the formal health and veterinary systems have limited access and affordability, and regulations are difficult to enforce. There are multiple social and economic interdependencies between suppliers, providers and consumers of healthcare and antibiotics in these settings, and interventions have to first ensure proper access to reduce excess. My study teams include the UKRI/HSRI funded One Health Antibiotic Stewardship in Society (OASIS) study group in India, and the UKRI/GCRF funded AGRI/AMU cluster with collaborators from Asia, Africa and South America. We are working through multi-stakeholder partnerships to co-design antibiotic behaviour change interventions targeting informal and formal primary care providers, marketing and supply chain actors and the public.

I also lead the MESH study aimed at designing a novel integrated approach for more precise detection and management of Reproductive tract/sexually transmitted infections (RTIs/STIs) among women care seekers in rural India. We are testing a new protocol that integrates Point of Care tests and mental health screening into syndromic management guidelines.

I joined LSHTM in 2012 as the India Country Coordinator of IDEAS, a 5-year Gates Foundation funded measurement, learning and evaluation project in maternal, newborn and child health, implemented by LSHTM in Ethiopia, India (Uttar Pradesh and West Bengal) and North East Nigeria. In 2015 I joined the Merck for Mothers study team at LSHTM, researching the private health sector in maternal healthcare in Uttar Pradesh. From 2016-18 I led an HSRI study exploring the social, economic and behavioural drivers of antibiotic use by informal private healthcare providers in West Bengal, India. Prior to working with LSHTM I was a post-doctoral fellow (2008-2012) with the Institute of Health Policy and Management, Erasmus University, Netherlands, and the Micro Insurance Academy in New Delhi. I completed my PhD at LSHTM (Public Health and Policy) in 2006. Before that I worked as India Programme Manager with Intrahealth International (1997-2001).

I teach on the Health Policy, Process and Power (PHM 109) module, One Health (joint M.Sc with RVC) and the AMR short course. I supervise student dissertations from several M.Sc courses including Public Health, Control of Infectious Diseases and One Health, co-supervise joint PhDs with RVC, and provide students with opportunities to conduct fieldwork on my field sites.

My research interests include the private health sector, informal sector, drivers of antibiotic use and AMR, antibiotic stewardship, and multi-stakeholder approaches to complex intervention design. I am particularly interested in the politics of interdependencies between ‘street medicine’ and the formal health sector and in exploring the potential of participatory methodologies and policy entrepreneurship in inclusive and complex policy design. I also have a growing interest in digital interventions and in user centred design to harness technologies as behaviour change tools. 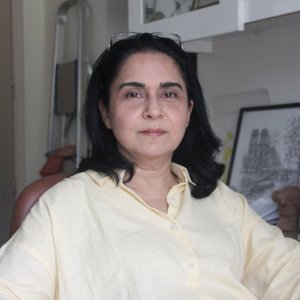