I joined the Department in 1996, after obtaining a BSc (Hons) in Zoology from the University of Edinburgh, a PhD from the Rockefeller University in New York, and postdoctoral training at the U.S. National Institutes of Health in Bethesda, Maryland. (Full CV)

I teach molecular biology methods, lecture on gut protozoa, and contribute to phylogenetics teaching as part of various modules. I am also a Tutor on the Parasitology module of MSc in Infectious Diseases by Distance Learning. Following 10 years as a Programme Director, from August 2009 until September 2016 I was Taught Programme Director for the Faculty of Infectious and Tropical Diseases, which meant I had oversight of teaching on all the MScs, Short Courses and modules run by the Faculty. In February 2014 I became Associate Dean of Education with responsibility for Quality, Academic Standards and Collaborative Provision across the School.

My main interests are in the genetic diversity and evolution of gut protozoan parasites, especially Entamoeba histolytica, the agent responsible for amoebic dysentery and amoebic liver abscesses, other species of Entamoeba, and Blastocystis, an organism of uncertain pathogenicity. I was involved in the E. histolytica genome project and I run the Entamoeba Homepage. The work on Blastocystis has focussed on its mitochondrial genome in an attempt to understand the function of the organelle in this anaerobic organism. Genome sequencing of Blastocystis and its relative Proteromonas - both mitochondrial and nuclear - is being undertaken at present. Genetic diversity within and between species is being explored in both Entamoeba and Blastocystis. My ORCID ID is 0000-0002-0521-0977 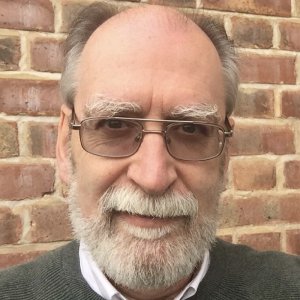