I am a social scientist conducting research on sexual and reproductive health (SRH) services and their clients. My primary interest is operational and social research on reproductive health (particularly family planning and abortion) services. Most recently I worked at MSI Reproductive Choices (2015-2020), as Director of Global Evidence, where I led a team of analysts and researchers supporting data-driven SRH programming across 37 countries.  I am now Honorary staff at LSHTM, undertaking some teaching, MSc and PhD advisory work.

I worked previously at LSHTM as a researcher on SRH. I conducted HIV policy analyses for the ALPHA network, and conducted operational research on SRH-HIV integration for the Gates-funded Integra Initiative. My PhD investigated the integration of SRH and HIV services in Eswatini (then Swaziland). Previously, I worked for five years at the World Health Organization in their family planning unit in the Department of Reproductive Health and Research, supporting the development and dissemination of evidence-based tools and guidelines on contraceptive use. I have also worked as a consultant on various SRH projects, including work on a community-based maternal and newborn health project in El Salvador, on the Iraq Family Health Survey, and on a research toolkit for maternal health.

I also have a Masters in Population and Development from the London School of Economics and Political Science.

I teach on the Family Planning Programmes (FPP) and Foundations in Reproductive Health modules. I help supervise summer projects for the MSc in Reproductive and Sexual Health Research. I currently have one PhD student investigating the impact of an m-health intervention on post-abortion family planning use in Bangladesh.

In my role as Director of Evidence at MSI Reproductive Choices (MSI), I managed a team of 15 analysts, reserachers and HMIS advisors supporting evidence generation and data-driven programming across MSI's 37 country programmes. I also oversaw a portfolio of formative, operational and clinical research projects. Studies or data analytics covered a wide range of themes, including self-care/pharmacy provision, adolescent SRH, quality improvement, health financing, task-sharing, coverage and reach to marginalised or vulnerable groups, and introduction of new SRH technologies. We also focused on evidence dissemination, and among other initiatives I managed the development of MSI's SafeAccess hub for abortion evidence. I also managed our HMIS team, who implemented front-line data collection systems, and developed tools to enable data-driven decision-making. I was also MSI's Learning lead on th 22-country FCDO Women's Integrated Sexual Health (WISH) programme.

In my previous roles at LSHTM, I conducted research for the ALPHA network, analysing HIV policies and their implementation in services access across 6 sub-Saharan countries; and for the Integra Initiative, a multi-country study investigating the integration of SRH and HIV services, and a partnership between LSHTM, Population Council and the International Planned Parenthood Federation. My PhD, which formed one sub-study within Integra, was an in-depth case study comparing four different models of HIV care and treatment (stand-alone and integrated SRH-HIV services) in Swaziland. Areas of focus were contraceptive needs and practices among people living with HIV, use of integrated services, satisfaction with care, and perceptions of HIV-related stigma. The study utilised mixed quantitative and qualitative methodologies. 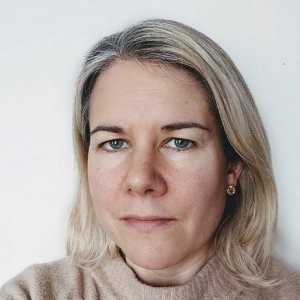