Emeritus Professor
of History of Pharmacy

Stuart Anderson graduated in pharmacy from the University of Manchester. He worked initially on developing medicines with Beacham Research Laboratories, but later switched to a career in hospital pharmacy in the UK. After initial experience in North Wales he was successively appointed as principal pharmacist at Alder Hey Children’s Hospital in Liverpool, as chief pharmacist at the Westminster Hospital in London, and then as director of pharmacy at St George’s Hospital in London. After completing masters and doctoral degrees in management and organisation studies he switched career again, this time to pursue his academic interests, initially at the UCL School of Pharmacy in London.

Following a focus on research in the history of pharmacy he joined the Centre for History in Public Health at the London School of Hygiene & Tropical Medicine in 1995. At the School he combined research in the history of pharmacy with teaching management roles, along with teaching and research in pharmaceutical policy in developing countries, in organisation theory and in management studies. He was senior lecturer in organisational studies in health care at the School between 2001 and 2004, and was appointed academic director for the National Health Service’s Service Delivery and Organisation Research and Development Programme between 2004 and  2007, when he was appointed Associate Dean of Studies at the School. The title of reader in the social history of pharmacy was conferred in 2009, and he was made professor (now emeritus) of pharmacy history in 2016.

Faculty of Public Health and Policy
Quality and Management Team

Stuart Anderson was taught course director for the Faculty of Public Health and Policy at the School from 1996 until 2000. He was appointed teaching programme director at the School between 2000 and 2001. He was the Associate Dean of Studies at the School between 2007 and 2013, and was acting Dean of Education from 2014 until 2015. His personal teaching has encompassed pharmaceutical policy in developing countries, the history of pharmacy, drug development and regulation, and organisational management. He continues to lecture to a variety of bodies on the history of pharmacy and on pharmacy around the world.

Stuart Anderson’s research career has encompassed pharmacy practice, pharmaceutical policy in developing countries, organisation studies in health care, and the history of pharmacy and medicines. He has published nearly eighty articles in peer reviewed journals and he has contributed 36 chapters to edited volumes, dictionaries, encyclopaedias and text books. He has edited or co-edited three books; ‘Making Medicines: A Brief History of Pharmacy and Pharmaceuticals’, London: The Pharmaceutical Press, 2005; ‘Managing Pharmaceuticals in International Health’ (with Reinhard Huss, Rob Summers and Karin Wiedenmayer), Basel: Birkhauser, 2004; and ‘Studying the Organisation and Delivery of Health Services: A Reader’ (with Aileen Clarke, Pauline Allen, Naomi Fulop and Nick Black), Abingdon: Routledge, 2004. His current research centres on pharmacy and empire and focusses on the movement of people, medicines and pharmaceutical ideas between Great Britain and its Empire. He authored a chapter on 'National Identities, Medical Politics, and Local Traditions: The Origins of the London, Edinburgh and Dublin Pharmacopoeias, 1618 to 1807,' in Crawford, MJ and Gabriel, JM. (eds) Drugs on the Page: Pharmacopoeias and Healing Knowledge in the Early Modern Atlantic World, University of Pittsburgh Press, 2019, 199-221. His most recent monograph is Pharmacy and Professionalization in the British Empire, 1780-1970, Palgrave Macmillan, 2021. He is currently the editor of the international peer reviewed open access journal, Pharmaceutical Historian, and advises on a number of research projects. 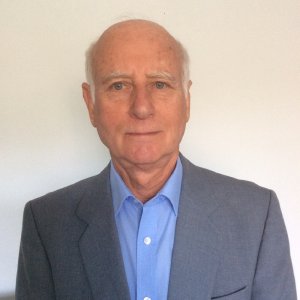