I've been fascinated by parasite biology since carrying out two research projects on the surface biology of Schistosome blood flukes during my BSc at Imperial College. After completing an MSc in Molecular Biology of Infectious Diseases at LSHTM, I moved to Keith Gull's lab at the University of Manchester, where my PhD studies focused on gene expression and genome organisation in Trypanosoma brucei (the causative agent of human African trypanosomiasis and nagana in cattle, both devastating diseases).

In 2003, I returned to LSHTM, where I worked in David Horn's laboratory on several aspects of T. brucei molecular and cellular biology, including: epigenetics, and the control of gene expression and antigenic variation; molecular tool development and high-throughput phenotyping; and, understanding anti-trypanosomal drug uptake and intracellular transit.

In June 2012, following the award of a two year LSHTM/Wellcome Trust Institutional Strategic Support Fund Fellowship, I established my own laboratory and research programme at LSHTM (see below), further details of which can be found on my lab website. I can also be found at ResearchGate, Google Scholar and LinkedIn.

I deliver lectures on the core Parasitology & Entomology (M3122) and Molecular Biology (M3333) modules in term-1.

I also contribute to several other modules, including: Recombinant DNA Techniques (M3131) and Molecular Biology Research Applications & Progress (M3160) in term-2;  and, Antimicrobial Chemotherapy (M3169) and Pathogen Genomics (M3460), which both run in term-3. More details can be found here.

I'm a tutor for the Medical Parasitology MSc programme, serve on the programme committee and exam board, and provide summer research projects in molecular and cellular parasitology.

Since June 2012, I've been pursuing my own research programme focusing on the interactions between Trypanosoma brucei and its host environment (more details can be found here). This work was initially funded by a two year LSHTM/Wellcome Trust Fellowship (2012-14), and subsequently a three-year project grant from the Medical Research Council (2013-2016).

I'm particularly interested in the uptake and intracellular transit of parasite- and host-derived molecules, such as nutrients, drugs and innate immune factors, and the genetic control of antigenic variation. My research is underpinned by a combination of high-throughput forward genetic screens and reverse genetic approaches, enabling the identification and characterisation of proteins involved in the uptake and intracellular transit of these molecules, as well as the parasite's response to them.

The full range of plasmids for tagged protein expression and RNAi knockdown in T. brucei, developed in conjunction with David Horn, are freely available to the research community - details can be found here. 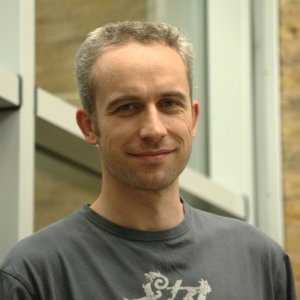