15 November 2021 London School of Hygiene & Tropical Medicine London School of Hygiene & Tropical Medicine https://lshtm.ac.uk/themes/custom/lshtm/images/lshtm-logo-black.png
Three LSHTM alumni have joined together to publish the book Practical Epidemiology: Using Epidemiology to Support Primary Health Care. Here, the authors share their inspiration behind the book, achievements since graduating and memories of their time at our School. 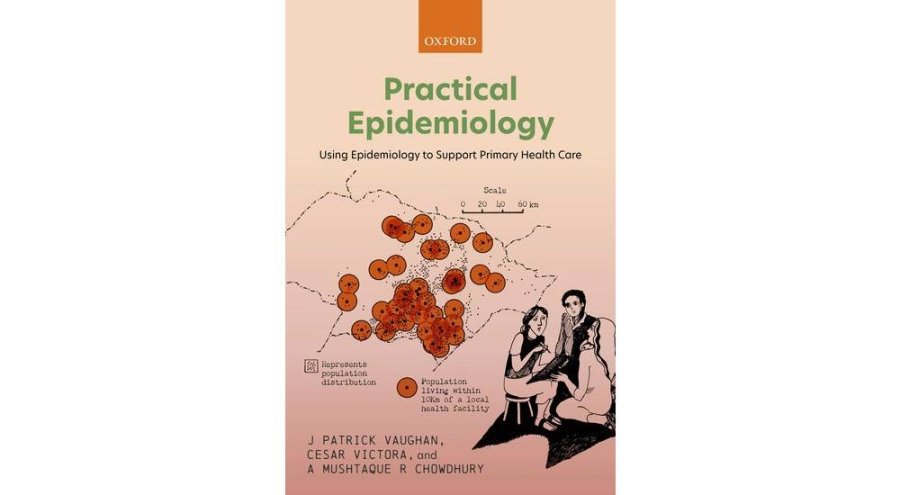 Professor J Patrick Vaughan has had an extensive career in international health and health systems planning, evaluation and research, mainly in low- and middle-income countries (LMICs). He has worked with the World Health Organization in Geneva, World Bank in Washington, and as a Public Health Consultant to the UK National Health Service (NHS). He has lived in Papua New Guinea where he worked in government health services (1966-68), in Tanzania he helped start the new medical school in Dar es Salaam (1969-73), and in Bangladesh he worked as research director in public health at the International Centre for Diarrhoeal Disease Research in Dhaka (1995-98). He has published many scientific papers and ten books. He completed a Diploma in Tropical Public Health in 1969 and a Doctorate in Medicine in 1978 at the University of London. In 1975, he joined LSHTM and headed up the MRC Tropical Epidemiology Unit and established the Evaluation and Planning Centre (EPC) in 1979. Currently, he works as a Professor Emeritus in Epidemiology and Public Health at LSHTM.

Professor Cesar Victora leads the International Center for Equity in Health in Pelotas, Brazil. Since obtaining his PhD at LSHTM in 1983, he has conducted research in maternal and child health and nutrition, birth cohort studies, inequalities in health, and the evaluation of major health programmes in many countries. He was President of the International Epidemiological Association (2011-14) and won the Canada Gairdner Global Health Award in 2017 and the Richard Doll Prize in Epidemiology in 2021. His current role is Emeritus Professor of Epidemiology at the Federal University of Pelotas, Brazil.

Professor Mushtaque Chowdhury was the founding Dean of the James P Grant BRAC School of Public Health in Dhaka, Bangladesh, and formerly Executive Director and Vice-Chair of BRAC, the world's largest NGO. He studied his PhD at LSHTM, graduating in 1986. He has been a MacArthur Fellow at Harvard University and spent four years as Senior Advisor to the Rockefeller Foundation, based in Bangkok, Thailand. He has published widely in national and international peer-reviewed journals, including in the Oxford Research Encyclopedia. In 2017 he received the Medical Excellence Award from the Ronald McDonald House Charities of the USA. He is the past President of the Asia-Pacific Action Alliance on Human Resources for Health (AAAH). His current role is a Clinical Professor of Population and Family Health for Columbia University, USA.

Please tell us about your book and the inspiration behind it.

This book is particularly relevant for undergraduate and postgraduate university and ministry training courses for health professionals, and in-service short and revision courses for a wide range of health workers.

The book focuses on the importance of using epidemiology by a range of health workers in LMICs to investigate, plan and deliver primary health care services and strengthen district-level public health programmes. It builds on the importance of the UN's Sustainable Development Goals (SDGs) and the World Health Organization's principles for Universal Health Coverage (UHC).

The book uses epidemiological concepts and methods and a systems approach to show how district health planning and primary health care can be strengthened and how progress can be monitored and evaluated, including improvements in delivery, access, quality and coverage of health services and public health programmes.

Ethical principles and tackling inequalities are considered throughout the book. A full chapter on the A B C of epidemiological definitions and terms is also included.

How can alumni find your book?

The printed and open access version is available from the OUP Publishers Catalogue, and the eBook is available to buy from Amazon books.

What do you hope to further achieve in the future?

The authors share a passion for seeing epidemiology knowledge and skills extended beyond research studies and to be much more widely used by all health workers in primary health care and public health programmes, particularly in LMICs.