Prioritising and addressing the health needs of human trafficking survivors 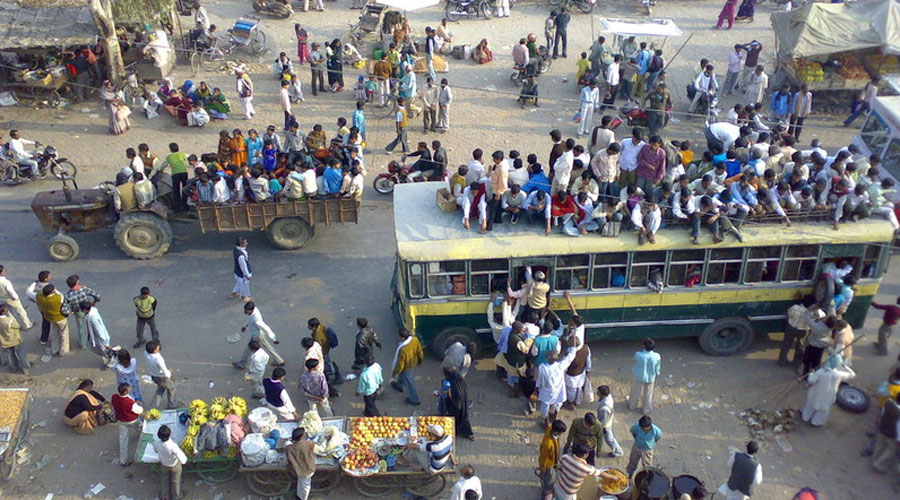 Ground-breaking research by LSHTM put the physical and mental health of trafficked people firmly on the international agenda. The work generated the first guidance for healthcare providers on caring for victims of trafficking, and internationally-recognised ethical and safety recommendations from the World Health Organization. As a result of the research, over 23,000 trafficking victims benefited from an extended period in the UK for reflection and recovery. Internationally, research describing the health implications of trafficking in Europe and the greater Mekong sub-region contributed to a growing field of practice, training and policy-making to support the health and safety needs of trafficking survivors.

Globally, an estimated 24.9 million people are in situations of trafficking for sexual exploitation and forced labour, including within the European Union (EU) and the UK. Violence, deprivation and exploitation are key features of human trafficking and the resulting damage to victims’ physical and mental health is often profound and enduring. Before research in this challenging area led by LSHTM, the health and medical needs of trafficked persons were widely neglected within policy discussions and guidance documentation, or given lower priority than immigration and law enforcement responses. The research provided the first data on the health risks and outcomes among survivors, demonstrating that human trafficking, especially sex trafficking of women, has serious implications for their physical, sexual, and mental health.

From 2000 to 2003, Professor Cathy Zimmerman led a two year qualitative study on women’s health and trafficking within the EU. This highlighted the health risks and consequences of trafficking, and provided information on the health needs of trafficked women for service providers, law enforcement officials, and policy makers. A second study, Stolen Smiles (2003 to 2005) was the largest study to date and surveyed 207 women in European cities who had either been trafficked into sex work or sexually abused as domestic labourers. This study, funded by the European Commission and the International Organization for Migration (IOM), was the first to employ rigorous epidemiological methods to investigate the physical, sexual and mental health of trafficked women and adolescents. Stolen Smiles found high levels of physical injury and sexually transmitted infections, for which the survivors were often unable to seek treatment. However, the most persistent problems were related to mental health. Up to 14 days after entry into post-trafficking care, 58% of women showed symptoms associated with post-traumatic stress disorder (PTSD). Symptoms of depression and anxiety were in the 90th percentile compared to a general population of adult women who had not been trafficked. For over 50% of survivors, these symptoms did not decrease significantly even 90 days after entering an assistance programme.

During 2014 and 2015, the Study on Trafficking, Exploitation and Abuse in the Mekong sub-region (STEAM) addressed evidence gaps on health and trafficking. Over 50% of trafficked people are in the Asia Pacific region, and the Greater Mekong sub-region has some of the most extensive flows of human trafficking. Again, the largest study at the time, this research was a prospective, cross-sectional, multi-site survey of 1,102 people accessing post-trafficking services, to identify their health risks and priority health-care needs. Findings indicated that among trafficking survivors in Southeast Asia, 48% reported physical or sexual abuse and 22% sustained severe injuries, including lost limbs, and 61% and 42% reported symptoms indicative of depression and anxiety disorders respectively. This research demonstrated the wide spectrum of abuse, and provided a critical evidence-base for developing better health protection and response mechanisms. STEAM measured for the first-time prevalence and patterns of health outcomes, and described health risk factors associated with migrant labour exploitation in this geographic area.

The multi-methods Provider Responses Treatment and Care for Trafficked People (PROTECT) study by LSHTM in partnership with King’s College London in 2015 identified the various health risks and healthcare needs of trafficked people in the UK. It also highlighted the opportunities, readiness and willingness of NHS staff to provide appropriate care, and identified barriers and gaps in training for providers to respond to victims’ needs. The research comprised multiple studies, including cross-sectional surveys and cohort studies of trafficked people and their experiences of NHS service providers, and systematic reviews.

LSHTM experts also conducted a systematic review in 2016 of sex trafficking and sexual exploitation in settings affected by armed conflict in Africa, Asia and the Middle East. Their findings demonstrated the various forms of trafficking and exploitation in conflict-affected settings, and highlighted the extreme vulnerability of woman and girls to these types of abuse.

The research, advocacy and expert advice of LSHTM researchers prompted a shift in focus in UK and overseas policy and practice to prioritise the health of trafficking victims, and more survivor-sensitive law enforcement responses. Findings influenced changes in how trafficked people, especially female survivors, are treated by government departments, immigration and law enforcement agencies. Training and resources for healthcare providers, for policing and justice representatives and national referral processes were underpinned by the work led by LSHTM, which allowed victims of trafficking to receive appropriate medical and psychological treatment and support.

Health and care provisions for victims of trafficking and modern slavery

The National Referral Mechanism (NRM) was introduced in 2009 to meet the UK’s obligations under the Council of Europe Convention on Action against Trafficking in Human Beings. The NRM is a framework for identifying victims of human trafficking and ensuring they receive sufficient protection and support. Before this REF period, the findings from the Stolen Smiles survey provided evidence for Amnesty International and other charities to successfully lobby the Home Office to extend the victim ‘recovery and reflection’ period from 14 days to 45 days. During this reflection period while the relevant authority seeks to make a conclusive decision whether the person is a victim of trafficking and modern slavery, presumed survivors cannot be removed from the UK. The continued benefit of the contributions are demonstrated in the cumulative number of victims who have been referred to services. According to Home Office statistics, over 39,700 people were referred through the NRM between 2014 and 2020, increasing year on year.

In 2014, then Home Secretary Theresa May commissioned a review of the NRM. Zimmerman was acknowledged for her contributions to this review in relation to the health of trafficking victims. The review made a range of recommendations which the government announced as reforms to the NRM in October 2017, including extending the minimum period of ‘move-on’ support for victims from 14 days to 45 days. This period is in addition to the ‘recovery and reflection’ period, and offers ongoing accommodation, counselling and advice, bringing the total period to 90 days, as originally recommended based on the research findings. Other reforms included the establishment of ‘places of safety’ for immediate support, and six months of drop-in services, developed in partnership with the Salvation Army, for those transitioning out of the NRM.

Evidence from the Stolen Smiles survey was used to inform the 2014 Annual Report of the Chief Medical Officer, Dame Sally Davies, which focused on women’s health needs. The section on modern slavery detailed the health risks of trafficked women based on the Stolen Smiles survey. Zimmerman was specifically acknowledged for informing the recommendations, and recommendation four of the report advises that Clinical Commissioning Groups and local authorities should ensure that integrated specialist health and social care services are in place to meet referrals safely for modern slavery and trafficking.

From 2017 onwards, the Gender Violence and Health Centre at LSHTM contributed to Public Health England’s advice and guidance for healthcare practitioners on the health needs of migrant patients, According to Public Health England, 1 in 8 NHS professionals report previous contact with a person they knew or suspected to have been trafficked, demonstrating the relevance and potential usage of the guidelines. These guidelines were also informed by the findings from the PROTECT study, and the team presented the findings of their report to the All Party Parliamentary Group for Human Trafficking in 2017.

Colleagues at LSHTM’s Gender Violence and Health Centre authored the WHO’s information sheet on human trafficking ‘Understanding and addressing violence against women’, which was downloaded 126,128 times between 2016 and 2020.

Zimmerman translated her findings into an International Organization for Migration (IOM) handbook to guide health providers treating trafficked people. While this was produced in 2009, it was made into an online resource in 2015. Since then, it has been translated into five other languages and downloaded over 48,000 times. Since 2013, training has been delivered by the IOM based on this guidance in Belize, Guatemala, Kenya, St Lucia, Chile and Peru.

In 2014, the UN established the UN Action for Cooperation Against Trafficking in Persons (UN-ACT), a United Nations Development Programme collaborative project ensuring a coordinated approach to more strategically and effectively combating trafficking in the Greater Mekong sub-region and beyond. The results of the STEAM study and the IOM guidance for healthcare providers have underpinned various UN-ACT tools and guidelines, including the Supporting the Reintroduction of Trafficked Persons Guidebook for the Greater Mekong sub-region, available in Khmer, Lao, Vietnamese and Thai.

The United Nations Office of Drugs and Crime Global Report on Trafficking in Persons in the context of armed conflict (2018) drew directly from the LSHTM research in the Mekong sub-region. Furthermore, Zimmerman contributed to the following tools and guidelines produced by the United Nations (UN) Inter-agency Coordination Group against Trafficking in Persons (ICAT), a policy forum of the UN General Assembly which provides a platform for information and good practice on anti-trafficking activities:

• ‘A Toolkit for guidance in designing and evaluating counter-trafficking programmes: Harnessing accumulated knowledge to respond to trafficking in persons’ (2016), which suggested practical responses for counter-trafficking responders based on expert input from Zimmerman (5.9).

• The issue paper ‘Pivoting towards the evidence – building effective counter-trafficking responses using accumulated knowledge and a shared approach to monitoring, evaluation and learning’ (2016), which was underpinned by Zimmerman’s evidence and suggested a road map for capturing and using knowledge accumulated in the sector for effective interventions.