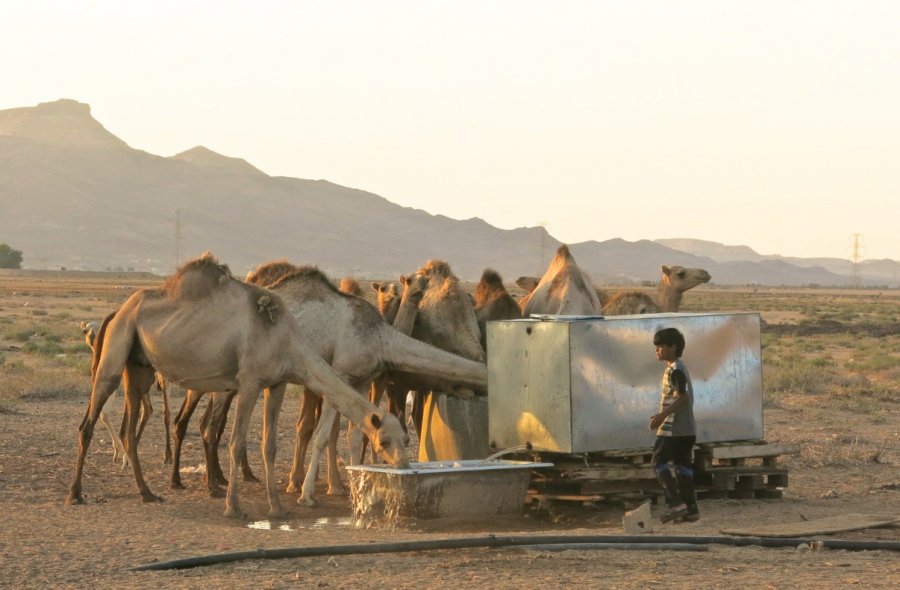 Potential strategies for the control of Middle East Respiratory Syndrome Coronavirus (MERS-CoV) have been identified among the virus’s natural host reservoir, dromedary camels, according to new research published in Emerging Infectious Diseases.

Researchers from the Royal Veterinary College in London (RVC), the London School of Hygiene & Tropical Medicine (LSHTM), US NIH Rocky Mountain Laboratories, Jordan University of Science and Technology (JUST), Yarmouk University and the Jordanian government, carried out two population-based studies in 2014 to 2015 and 2017 to 2018.

They used nasal swabs to examine herds of camels for antibodies against MERS-CoV and for presence of infections in southern Jordan, an area with around 8,000 camels. The results, alongside interviews with the camel herders or owners, were used to identify key management practices that could help in creating disease-free herds and identifying camel groups to prioritise for vaccination.

MERS-CoV in humans is one of three deadly betacoronaviruses that can transmit from animal to human (zoonosis) to have arisen over the past two decades. The others include with Severe Acute Respiratory Syndrome Coronavirus 1 (SARS-CoV-1), the cause of the original SARS outbreak in 2002-2003, and SARS-CoV-2, causing the current COVID-19 pandemic.

The first known outbreaks of MERS occurred in hospitals in Jordan and Saudi Arabia in 2012, although over 2,500 cases have been identified across almost 30 countries since that time – with more than a third of these individuals subsequently dying from the disease.

Like other zoonotic betacoronaviruses, MERS-CoV is thought to have originated among bat populations before subsequently jumping species to infect camels. However, while infection in humans can be fatal, symptoms in camels are typically mild (if any) and similar to the common cold. The virus is widespread among camel populations in Africa, the Middle East and South Asia, however clinical infection in humans due to camel exposure has only been observed within the Arabian Peninsula – which may be due to viral strains circulating in the region or different herding practices.

The studies suggest that borrowing of male camels for breeding might serve as a transmission route for MERS-CoV between infected and uninfected camel herds in Jordan. In contrast, while the 2014-2015 study found this risk of transmission with male camels, it did not find an association between borrowing breeding females and MERS-CoV infection risk. Additionally, closed herd management practices (eg not borrowing, having new camels, lack of other contacts such as racing with other herds, and camels not sharing water troughs) were found to be significantly protective, and quarantine periods of around 2 weeks were recommended.

These findings pave the way for the development and testing of interventions aimed at reducing the risk of MERS-CoV infection among high-risk communities in the region, an objective that the team is currently pursuing as part of a new project funded by the UK Medical Research Council (MRC).

This work builds upon the long-standing relationship that exists between the RVC and partners at LSHTM, NIH and JUST – the relationship with JUST first initiated through a World Organisation for Animal Health (OIE) twinning initiative, with support from the UK Defence, Science and Technology Laboratory (DSTL) and British Embassy in Jordan.

Professor Javier Guitian, project leader and Professor of Veterinary Public Health at the RVC, said: “We are very grateful for all the support we’ve received from project partners and funders. This has allowed us to establish a multidisciplinary research team and build a relationship of trust with communities in Southern Jordan, which are central in confronting the global challenge posed by MERS-CoV.”

Study author Professor Punam Mangtani, from the London School of Hygiene and Tropical Medicine, added: "This is a disease of epidemic potential posing a serious public health risk and one of WHO’s Blueprint priority diseases for research and development.”

The researchers acknowledge limitations of this study, including the opportunity to only test camels once for an infection, which if present, is only detectable within a narrow time window. Therefore, it was not possible to demonstrate viral shedding. Additionally, a decline in antibodies after infection is likely and so the risks associated with being seropositive may be an underestimate.