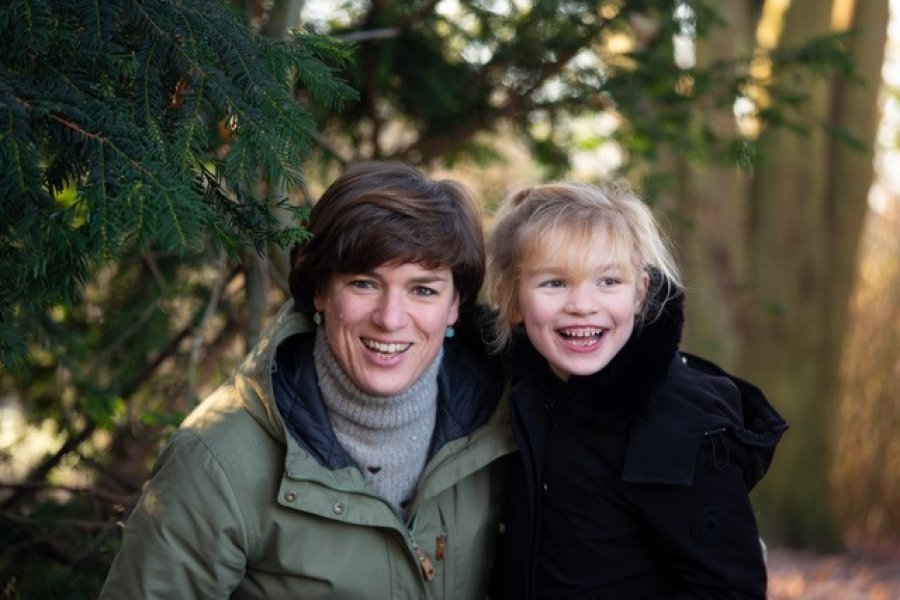 The widow and six-year-old daughter of researcher Dr Jeroen Ensink are travelling across Africa for a year on the next step of their journey to honour his memory.

Jeroen, who worked at the London School of Hygiene & Tropical Medicine (LSHTM) as a senior lecturer in public health engineering, was passionate about improving access to water and sanitation around the world, including in low- and middle-income countries where children continue to die due to the lack of essential services.

He died in December 2015, aged 41, just 11 days after his daughter Fleur was born. At the time of his death, he was leading work to improve the control of cholera in emergency situations. He worked closely with research institutes in Africa and Asia and devoted much effort to support them in developing research capacity.

Colleagues have continued his research activities, and LSHTM established the Jeroen Ensink Memorial Fund in his name to support students from sub-Saharan Africa and South Asia who are committed to improving public health in developing countries and wish to undertake the MSc Public Health for Development course.

Now his widow, Nadja Ensink - Teich, is setting off on a year-long road trip around Africa with Fleur. She hopes to visit some of Jeroen’s former colleagues and projects to see the impact of his research in action and raise awareness of the scholarship fund at the same time.

“It’s about living your passion and living your mission. Life is worth living after loss. Whatever life throws at you, you can still have a life to live.”

Mother and daughter are travelling in a Land Rover through more than 10 countries across southern and eastern Africa. After flying from their home in the Netherlands, the pair will join a friend in South Africa, work their way through Mozambique, Malawi, Tanzania, Kenya, Uganda, Rwanda, Zambia, Zimbabwe, Botswana and ending in Namibia.

For Nadja, this adventure is the next step in a long process of honouring Jeroen’s memory, and living life after loss. When Fleur was just two, the pair went to Asia for a life-changing trip following the trauma of what happened to Jeroen and the aftermath where Nadja had to deal not only with losing her husband so suddenly but also a court case and inquest – she is writing a book based on those experiences which will be published in September.

She said: “Jeroen was so dedicated to his work. The memorial fund and scholars have been amazing. I’m honoured and delighted that it continues. It means such a lot to me – that Jeroen is not forgotten, that his work continues, that his mission continues. It’s something for Fleur to be proud of. He was an extraordinary person.”

Dr Saidi Kapiga, Scientific Director of the Mwanza Intervention Trials Unit (MITU) in Tanzania and Professor of Epidemiology and International Health at LSHTM, said: “Jeroen inspired my group at the Mwanza Intervention Trials Unit to work in a new area of public health we have not worked in before. He was an excellent researcher with extensive public health knowledge and we are forever grateful for his generous contributions to our research programme in Tanzania.”

Dr Sheillah Simiyu, Associate Research Scientist at the African Population and Health Research Center in Kenya, said: “During my PhD studies, Jeroen advised us to be resilient; he showed us that we needed to be confident in ourselves, and in our work. I wish Nadja well in the travels, and hope she will see and experience the products of this resilience in the work that was started by Jeroen and the people he impacted.”