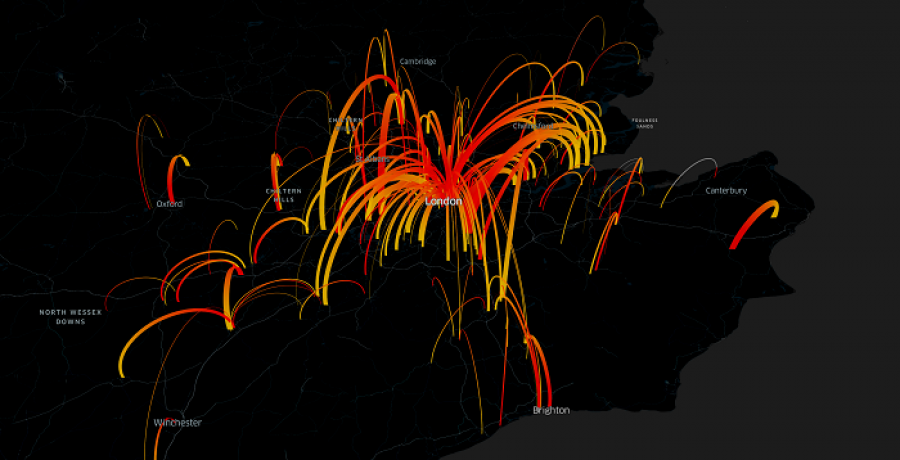 The London School of Hygiene & Tropical Medicine (LSHTM) is participating in a new Facebook initiative to develop Disease Prevention Maps, which could help non-profit organisations plan and respond to public health emergencies.

The three Disease Prevention Maps are population density maps (complete with demographic estimates), movement maps and network coverage maps. They have been designed to help close the gaps in understanding where people live, how people are moving, and the state of their mobile connectivity.

One of the challenges in public health is predicting where disease outbreaks may strike. When combined with epidemiological information from health systems, the Disease Prevention Maps could aid organisations in reaching vulnerable communities more effectively and better understand the pathways of disease outbreaks spread by human-to-human contact.

The maps use a combination of satellite imagery, census information, and aggregate information from people who are using Facebook on their mobile phones. To preserve privacy, the movement data consists only of approximate population flows between different spatial areas.

The maps can estimate not only the number of people living within 30-meter grid tiles, but also provide insights on demographics, including the number of children under five, the number of women of reproductive age, as well as young and elderly populations.

LSHTM will incorporate data from the maps into analysis of respiratory infections like flu and measles. In particular, researchers are looking at how connectivity between different areas might be influencing measles outbreaks in Europe.

Dr Adam Kucharski, an Associate Professor in Infectious Disease Epidemiology at LSHTM, who is working with the Disease Prevention Maps, said: “Population movements are crucial for the spread of many infections - from influenza to measles. But historically it’s been very difficult for disease researchers to get information on these movement patterns.

“Having this additional data source available will help us develop more realistic models of disease transmission, and look at what might be required to control infection. It’s still early stages, but the Disease Prevention Maps have the potential to help answer some important outbreak questions.”

There are currently many unanswered questions about how such outbreaks are linked and what effect this could have on future spread. Because the Disease Prevention Maps are a new tool, LSHTM is also involved in discussions about how the maps could be improved to maximise health insights in future.

The mapping work began two years ago when Facebook started working with Columbia University, using satellite imagery and census data to build detailed population maps to improve connectivity projects. Through working with the American Red Cross and Missing Maps, the team realised the maps could also have profound implications for public health.

Health organisations are already using information generated from the Disease Prevention Maps to allocate resources to the areas in need. The American Red Cross and Missing Maps used them to identify areas with and without concentrations of people, so they could deploy 3,000 health workers to deliver vaccination messaging more efficiently during a measles campaign.