Why can’t we save the world’s babies from sepsis? It’s down to a lack of data 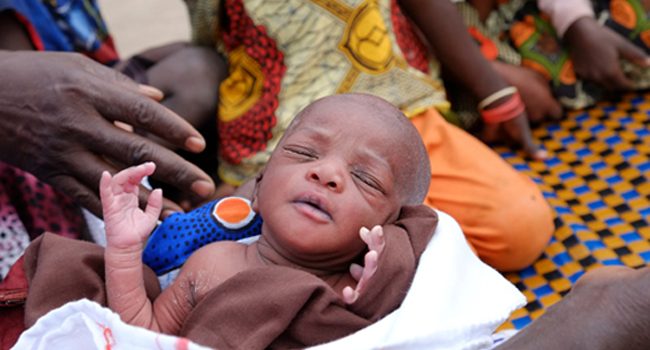 Fast-acting, potentially fatal, and ruthlessly unpredictable – every health professional fears sepsis in their patients. Today, 13 September, is World Sepsis Day—a wake-up call to governments and society that the number of deaths from sepsis remains unacceptably high, and continues to increase at an alarming rate.

World Sepsis Day also happens to mark my first day as a paediatric doctor on a neonatal intensive care unit (NICU), where teams work around the clock to care for one of the most vulnerable group of patients to the risks of sepsis: newborns.

Amidst the complex NICU machine — the ventilators, incubators, drugs, and feeding tubes —infection control and sepsis prevention are a constant priority. In fact, for our patients, and others in equally well-resourced healthcare settings, the fight against sepsis goes far beyond the NICU. Starting with antenatal care and screening for maternal risk factors, it continues with skilled and hygienic delivery, and the monitoring of mother and baby, both during and after the birth. Any squeak of a problem — an abnormal blood test, fever during labour, or a high breathing rate in the baby — triggers a cascade of tests, precautionary antibiotics, and further monitoring

Why? Because even in the world’s richest countries, without careful prevention and intervention, the risk of death and disability from newborn sepsis remains dangerously high. So what access do the estimated 6.9 million babies with suspected serious bacterial infections annually, in Sub-Saharan Africa, South Asia and Latin America, have to the same prevention and intervention strategies?

In the world’s poorest countries, the majority of babies who die do so in the first 48 hours after birth. Tragically, most are never assessed by a healthcare professional, let alone have any recorded clinical signs, tests, diagnosis, or a chance at life-saving intervention.

This misalignment between burden of disease and access to care is catastrophic for babies and their families — and is also a major problem for researchers and policymakers trying to address the top causes of newborn mortality. It is suspected that a large proportion of early newborn deaths in low-income countries are due to sepsis. However, without accurate clinical assessment, retrieval of adequate blood samples, and reliable recording of data, it is near impossible to understand — at a global level — which bugs are causing neonatal sepsis, their associated risk factors, and how resistant they are to available antibiotics. Maternal immunisation is a promising future weapon against neonatal sepsis. However, without data on which bugs are causing most deaths and disability, strategic vaccine development cannot happen.

The limited knowledge about neonatal infections we do have largely comes from hospital-based studies. Critically, these can only represent babies that make it to the hospital before it’s too late, and are usually based on very premature or low-birth weight babies who tend to populate neonatal care units. Unless these details are very clearly reported, extrapolation to the wider population is highly problematic, especially as such data reflect a mix of infections arising from both the community and the hospital environment itself.

The picture is muddied further by the inconsistent definitions of sepsis used by investigators. Diagnosis of sepsis is based on clinical judgment, with thresholds for treatment varying greatly across settings. Even in babies with severe bacterial infection, blood cultures are usually negative because babies with potential sepsis need rapid antibiotic administration, and only tiny blood samples are possible (if at all).

With known cost-effective interventions for sepsis, and a recent increased commitment in funding for vaccines and other public health interventions in this age group, tackling the data problem for newborn infection is a global health priority.

The SPRING (Strengthening Publications Reporting Infections in Newborns) Group — an international network of paediatricians, infection experts, epidemiologists and statisticians — have worked together to achieve consensus on how research on newborn infections should be reported in published literature.

The resulting new guidance — STROBE-NI (Strengthening the Reporting of Observational Studies in Epidemiology for Newborn Infection) — has been published by the Lancet Infectious Diseases to mark World Sepsis Day. STROBE-NI represents a global collaboration to support neonatal infection research in both high- and low-resource settings, by promoting transparency, comparability, and clarity in the way that data is reported.

Uptake of recommendations in the guideline by neonatal infection researchers (supported by journals and potential funders) will be essential to its success, and is heralded by the commitment thus far of nearly 150 collaborators, from 37 countries. Their vision is that accurate, standardised, and comparable data will lead to meaningful progress in developing more robust infection diagnostics, appropriate treatment regimens, and public health interventions; and that on this and future World Sepsis Days, the tiniest victims of sepsis will not be forgotten.