Primary Health Care for All? Lessons of History, from Alma Ata 1978 to Astana 2018

Martin Gorsky, Professor in the History of Public Health

Martin Gorsky, Professor in the History of Public Health 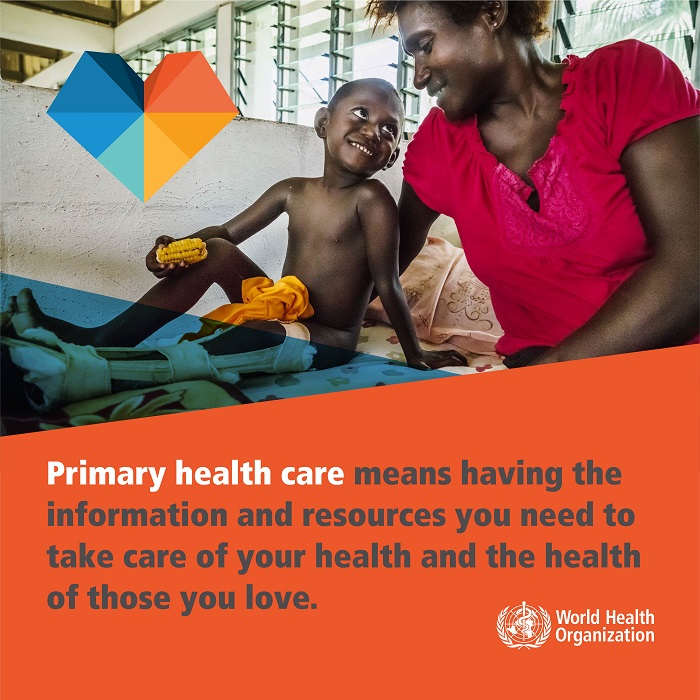 Last week saw an important milestone for the international health community - the Global Conference on Primary Health Care, held in Astana, Kazakhstan.  Sponsored by WHO and UNICEF, this meeting marked the 40-year anniversary of an earlier conference, whose result was the famous Alma Ata Declaration of 1978.  Under the banner ‘Health For All’, this was the world’s first commitment to make primary health care universally available.

Last week’s Astana Declaration reaffirms that promise in ringing terms.  It reminds readers that Universal Health Coverage is now one of the UN’s Sustainable Development Goals, and calls for the ‘fundamental right of every human being to the enjoyment of the highest attainable standard of health without distinction of any kind.’  It declares that ‘strengthening primary health care is the most inclusive, effective and efficient approach to enhance people’s physical and mental health, as well as social well-being, and is a cornerstone of a sustainable health system’. Not only is health a matter of social justice, it argues, but also vital if we are to have ‘peace, security and socioeconomic development.’

This is a powerful and ringing statement.  But it was accompanied by a sombre reminder from the WHO Director General, Tedros Ghebreyesus, that 40 years on, about half the world’s population still lacks access to essential health services, including care for maternal and child health, mental health and sexual and reproductive health.  ‘Today’, said Dr Ghebreyesus, ‘instead of health for all, we have health for some.’

Given this acknowledgement of failure, what can history tell us about why the earlier Alma Ata Declaration proved so hard to fulfil.

First, as the WHO is well aware, the technical knowhow in 1978 had its limits.  Training and administering the personnel needed to deliver primary and community care proved a challenge, especially when existing systems were heavily oriented towards city-based hospital medicine, instead of rural health centres where they were so badly needed. China’s ‘barefoot doctor’ model of bringing basic care to the countryside was inspiring, but difficult to emulate.

Alma Ata also sought to involve local communities in decision-making and policy, but efforts by outside NGOs to promote this were unsuccessful.  Beyond this, the implications for resource distribution were never tackled by political leaders. The funding needed to realise the vision was not forthcoming, and instead global health actors soon turned away from system building to ‘vertical’ schemes of proven cost-effectiveness, like immunisation programmes.

Then in the 1980s and 1990s came IMF-led structural adjustment policies, and the failed assumption that user fees would help fund health services without diminishing access.  As economist Jeffrey Sachs pointed out in a fascinating lecture at the London School of Hygiene & Tropical Medicine last May, even if poor countries can successfully mobilise their own resources, the rich world will still need to help them out, probably to the tune of doubling existing amounts of aid for health.

On the one hand then, history inspires, with its recall of past efforts to make universal health coverage a reality. The world is much better placed than in 1978 in thinking systematically about the ‘building blocks’ of a primary health system, while studies like the Global Burden of Disease give us better tools to plan programmes of essential services.  Also, unlike in 1978, we know much more about how insurance or NHS-style financing systems can be organised, and have a more realistic understanding of the part the private sector can play.  Yet history also emphasizes the scale of the challenge before us, for strong leadership, both in national governments and in respected global organisations, will be crucial. Here in Britain it is hard to maintain optimism in the face of rising nationalistic politics, and of populist calls to curb foreign aid budgets.  We need to keep in mind the founding principle of the UN and its agencies, that achieving global peace hinges on furthering social justice.

On 5th November LSHTM Staff and Students have the chance to hear a lunchtime lecture from the top global health historian Anne-Emanuelle Birn, who will give her take on Alma Ata and its legacy.  You can read more and register your interest online.

Centre for History in Public Health