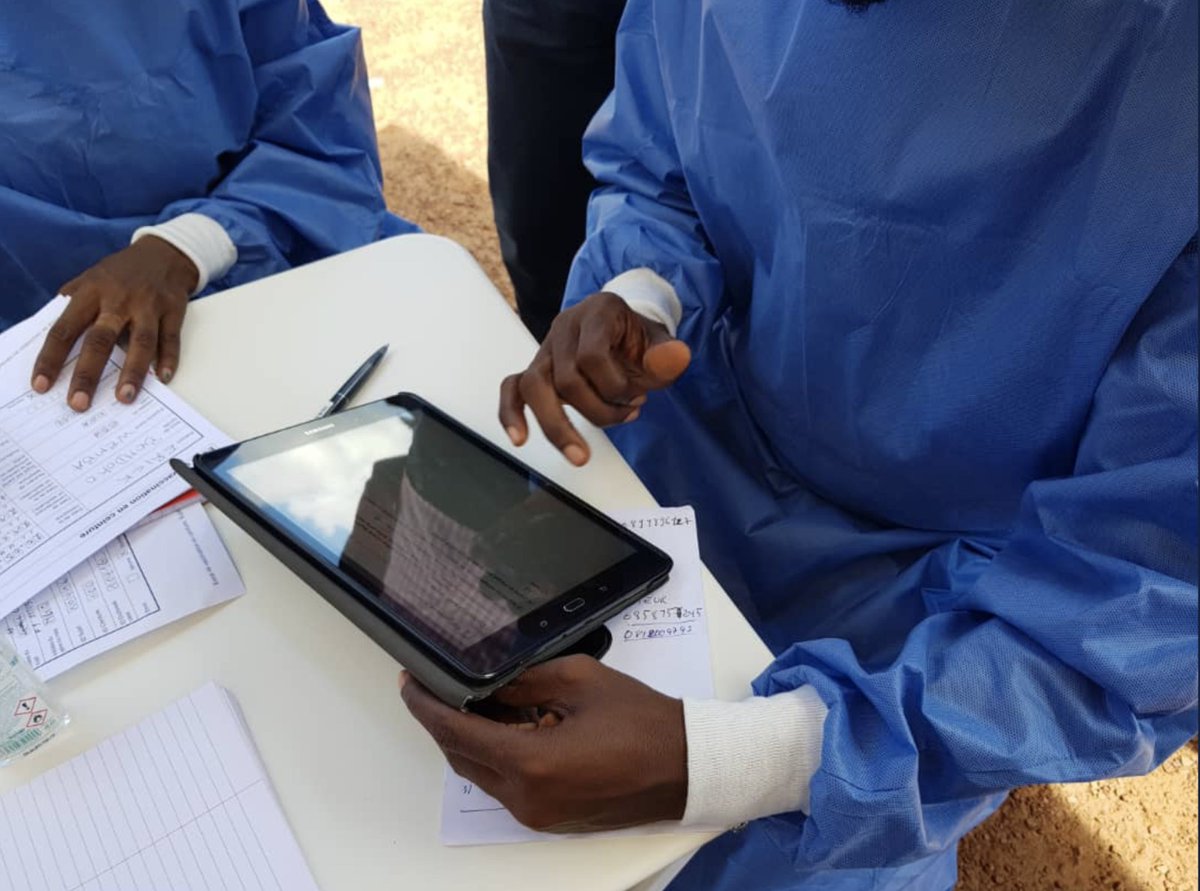 The London School of Hygiene & Tropical Medicine’s (LSHTM) clinical research teams are active in dozens of countries, with field teams moving around by canoe in the Pacific Islands, by seaplane off the coast of Guinea Bissau and in modified off-road vehicles on the rocky terrain around Mount Kilimanjaro.

Regardless of the location, the weather, the transport and all the other complexities of epidemiological research, for many years there was one constant among all our studies - the massive stacks of paper that we used to collect our data and which accompanied with us wherever we went.

Paper is one of the worst materials to use for data; it gets wet, it gets dirty and it gets torn. It’s not secure if lost or stolen and when the information is copied on to a computer it’s open to all manner of human errors. It’s also common for the paperwork to be on the other side of the world from the people who need it. Paper is bulky and heavy and in most ways I can think of, inferior to the smart devices that billions of us carry in our pockets every day.

The paper problem was a catalyst for The LSHTM Open Research Kits project. Since 2015, we’ve been helping LSHTM’s staff, students and collaborators to use a suite of open source tools called Open Data Kit (ODK) to collect data on tablets, phones and laptops. What started out as a side project has since turned in to a huge programme of work. We now have a borrowing scheme that we call our ‘device library’, a fully functional data system design and support service, 3D Printing services, IT support, label printers and even a training and education programme.

In two years we’ve helped 135 projects to collect data in 143 countries of the world. Remarkably it’s all been done without any direct funding and we haven’t charged anyone a penny. Instead we’ve used a ‘Pay What You Can” scheme. For some users this means that they gave us some money, for others they volunteered some time, old devices or interesting electronic data forms. Our team has also “paid what they can” and I for one am hugely grateful to have had the support of a wide-ranging team who have all volunteered their skills and time to the project. It’s the diverse skills of these clinicians, researchers, statisticians and technologists that makes the LSHTM Open Research Kits project unique.

On May 9th 2018 we received call from the World Health Organization, asking us to support the Democratic Republic of Congo’s Ministry of Health in containing an outbreak of Ebolavirus. By mid-morning of the same day we already had a computer server running, with draft data forms online for the field team to test on their tablets.

Since then we have been providing crucial behind-the-scenes support that will mean that most data collected in the field will be entered, stored and shared electronically in almost real time. With an experimental vaccine in play this is even more important and our volunteer team has been collaborating closely with partners in Kinshasa and Geneva to write and translate forms, to establish monitoring systems and to set up the servers and devices.

In the context of a health crisis of potentially global consequence, the word ‘data’ may not be one of the first to trip off the tongues of many, but the information we collect in an epidemiological study is critical to public health research and evidence-based prevention, treatment and care. In a disease outbreak we need to bring speed, accuracy and an in-depth academic and clinical knowledge base to this process of designing and deploying data systems. Our work demonstrates that doctors can be of as much help behind a computer as inside a HAZMAT suit.

Under the auspices of our new project the LSHTM Emergency and Epidemic Data Kit we plan to build a comprehensive toolkit for data in emergencies. We’ll eventually be able to provide data support to many different research groups, NGOs, government bodies, charities and other stakeholders in health crisis responses, and we are not going to make anyone pay for it.

Using our tools in an emergency response is a turning point in our work as it marks a move out of academic research and in to the realm of a real life or death situation. I’m very confident that we can make a big difference here, not least because what our team does is so much more than just hand out smartphones and set up databases. We have some of the best clinical researchers in the world on this team and they are absolutely focused on the data, because they believe that data saves lives.