My first degree, from Cambridge University, was in English Literature, after a year spent working in a Leprosy colony in Aundipatti in Southern India. I then worked as a teacher in a Tibetan Monastery and Settlement in Northern India for Save the Children India, and then for the World Wide Fund for Nature in Liberia, working with park guards on a study of nutrition from forest foods in Sapo National Park. I returned to a more conventional career with an MSc (Health Policy and Planning) (LSHTM/LSE) and a Ph.D in Environmental Epidemiology (University of London).

Since March 2020 I am Honorary Professor of Urban Health in the UCL Bartlett Development Planning Unit.  I have been Module Organiser of the Globalization and Health Module of the Distance Learning Public Health MSc programme since 2013.  I also tutor on 4 other MSc DL courses of the LSHTM, and teach on several in-house MSc courses.   I am a Fellow (by distinction) of the Faculty of Public Health Medicine of the Royal College of Physicians and an International Fellow of the Royal Society of Medicine.   I was Reader in Ecology & Global Health at LSHTM until 2012.   I was Honorary Full Professor of the UCL Institute of Health Equity from 2012 to 2018, and am Visiting Full Professor of Ecology and Global Health of the National University of Tucumán (UNT) in Argentina.

From May 2009 to early 2018, I was based fulltime in Argentina working with the UNT and UCL, funded by a senior interdisciplinary fellowship of the UK ERSC, by the LSHTM (to 2012) and UNT.  During this time, I lived in the Yungas forest of the cloud forest Andean mountain range, working with the indigenous communities of the Yungas and Amazon in Argentina and Brazil.

Alongside my international research, from 2001 to 2009  I set up and then ran the LSHTM's programme on engaging young people in science. I set a similar programme of support to young people in Argentina with the UNT and local NGOs.    In 2007 I won the Royal Society Kohn Award for excellence in science communication, and the London Education Partnership Award for individual academic excellence, for the LSHTM's science engagement work.

As an interdisciplinary scientist, I have advised many of the international UN agencies, including WHO, UNEP, UNDP, UNICEF, UNHabitat, and UNESCO. I am advisor to the UNESCO Committee on Problems of the Environment.  I have also advised NGO and private sector initiatives, for example the SWIFT banking network-led initiative on Banks for Better World, and supporting SWIFT in their attempts to transform the banking sector to benefit the world's excluded populations. My research also supports NGO groups internationally and I work every year to support Minority Rights Group International in their annual report. In  Argentina I have worked with UNICEF Argentina and UNICEF India on Indigenous Health and Rights - in Argentina leading an evaluation of UNICEF's 5 year programme  of indigenous health initiatives in the Valles Calchaquies.

Alongside my academic work I am technical advisor to the UK DFID Sanitation Challenge for Ghana  - a 2015 to 2019 initiative to award local urban governments for their work to improvement access to sanitation for the poorest. I am also advisor to the UCL Bartlett Development Planning Unit on both academic research projects and on the newly established MSc programme Health in Urban Development.   Until 2012 I was on the executive board of the interdisciplinary scientific association, the International Association of Ecology and Health (IAEH) and was Chair of Ecohealth 2010. Until 2009, I was the scientific member of the executive board of the 60 member NGO network, the Health and Environment Alliance.

For my publications and more information see ResearchGate

At LSHTM, I have been Co-organiser and a teacher on our teaching module Ethics, Human Rights and Public Health since 2001.  I also teach on urban health; sustainable agriculture and health, ecosystem services and on science engagement in other modules.   I am also a Distance Learning Module Organiser for the module Globalisation and Health, and tutor on 3 other courses for the DL MSc in Public Health, where I supervise projects, lead online sessions and examine.

I associate supervise PhDs,  and support an interdisciplinary group of LSHTM doctoral students, funded on cross-council and interdisciplinary grants from the MRC, NERC and ESRC working on indigenous health internationally - looking at biodiversity, land rights and human rights.   I am currently Module Organiser for the LSHTM in-house Globalisation and Health module, and teach annually on the LSHTM Ethics and Human Roghts module.  Externally I teach in the UCL DPU programme on Health in Urban Development.  I also teach in other post-graduate schools of engineering, planning, agriculture and architecture on the links between sectors and the ways we can all work together to improve health internationally.

My long term interest is in interdisciplinary studies of equity, ethics, human rights and sustainable development, and my disciplinary research focuses on social and ecological determinants of health and inequalities.  I work on both epidemiological and qualitative studies, always in interdisciplinary teams, for example with ecologists, agronomists, biologists, architects, anthropologists and engineers.

I have lived and worked overseas for over 25 years, first in India; then Africa (Ghana; Liberia; Tanzania, and Nigeria) and most recently Latin America (principally Argentina and Brazil).   All of my research work has been focused on the health of the most disadvantaged communities in the world, in both rural and urban settings.     I have worked extensively on urban inequities in social and environmental conditions and health, particularly in cities of Africa, Asia and Latin America.  My recent research in this field, supported by UNICEF,  was on new conceptual understanding of urban inequity and human rights, in the context of child health and sustainable development.   My current research is on the social and environmental determinants of indigenous health in remote forest communities Argentina, and the links of biodiversity with human health and well-being.   I have also worked on studies of the use of new technology for supporting disadvantaged communities to improve their social and health conditions, for example through telemedicine in remote areas. 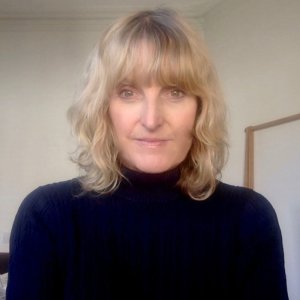