My research career started in 1991 after completing undergraduate studies in statistics and economics; I worked in research focused on population development with international organisations such as the Population Council, the United Nations, Ford Foundation and the League of Arab States. During that time, my focus was on child and maternal morbidity, social determinants of health and gender equality and family formation in North Africa and West Asia.

Since 2003, my research had focused primarily on the UK health and care policy and service delivery, organisation and outcomes with comparative elements across Europe. I have led several large projects on migration/mobility, global care; transnational social work; diversity and equality, wage poverty, structures and differentials, and evaluations of national schemes focused on improving workforce outcomes and piloting new models of working in care health settings. I have supported several governments in developing their aged care and health strategies and plans in collaboration with organisations such as the United Nations, UNICEF, the WHO and others.

I am a Co-Director of the NIHR Policy Research Unit in Health and Social Care Systems and Commissioning (PRUComm), led by Professor Stephen Peckham of LSHTM and the University of Kent. With Professor Matt Sutton, I lead a strand of work investigating the role of community health services and their connections to other primary and secondary health utilisation.

I currently lead several research projects focused on the social care workforce such as the Retention and Sustainability of Social Care Workforce (RESSCW), funded by the Health Foundation; Developing a scale of work-related quality of life for adult social care staff, funded by the NIHR.

I am a co-investigator on the Sustainable Care programme of work, funded by an ESRC large grant, leading a strand of work focused on the impact of Brexit and the delivery of care in the UK.

My current research also covers the diverse experience of informal carers; the practical impact of social distancing and isolation on older people in care homes since the onset of COVID-19 pandemic; potential exploitation of migrant workers and live-in care in London;

I have a long-standing research interest in global ageing and health and have recently founded the Middle East and North Africa Research on Health Ageing (MENARAH) network, funded by the GCRF and collaborate on the STRiDE (Strengthening responses to dementia in developing countries) project funded by the UKRI and led by Professor Martin Knapp at the LSE. 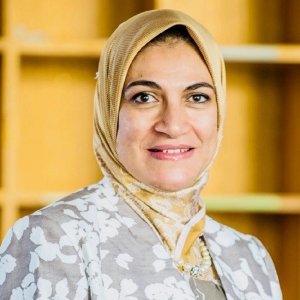