As part of my PhD project in the Anthropology of Care Research Group at the University of Amsterdam I conducted ethnographic research in three residential care homes for people with dementia in the Netherlands. My thesis “A good life with dementia: Ethnographic Articulations of Everyday Life and Care in Dutch Nursing Homes” explores ways of living with dementia as they are crafted in everyday life and daily care practices on the dementia ward, and pays particular attention to how good subject positions are brought about.

A. Driessen and R. Ibáñez Martín. 2019. "Attending to difference: enacting individuals in food provision for residents with dementia" Sociology of Health and Illness. 1-15

A. Driessen. 2018. “Pleasure and Dementia: on becoming an appreciating subject”
The Cambridge Journal of Anthropology 36 (1), 23-39

I have taught courses and facilitated seminars in sociology and anthropology. Currently I am involved in teaching Medical anthropology in the face to face and distance learning programmes for LSHTM students.

I am currently conducting ethnographic fieldwork for the Forms of care project, alongside Prof. Simon Cohn and Dr. Erica Borgstrom.

The project studies an important feature of biomedicine – that of ‘not doing’ as an active and often deliberate aspect of care. Although often side-lined in medical practice, and also underrepresented in much social science literature, instances when medical staff choose not to do something, or when medications or interventions are halted, are a regular feature of biomedicine and often complement the more dominant representations of clinical work. In contrast to ideas of medical neglect, we will explore how these routine practices of not doing, whether they are conscious and deliberate or the result of more distributed social interactions, are nevertheless an active and valuable form of care.

One of the problems, however, is that practices of not intervening are often understood as simply being the inverse of intervening. Whilst terminology may often present them as direct opposite, our starting point is to consider them as having their own set of meanings and values. We see each as emerging from a range of multiple and competing issues and priorities that are encountered and made sense of by individuals and groups.

The project will involve an ethnographic study of palliative and end of life care in a large NHS hospital and its neighbouring community services. Ethnography is a method of data collection which involves (extensive) observation of, and often participation in, the daily lives and work of the (group of) people it seeks to study. Through shadowing and interviewing palliative care staff, and interviewing patients and their close family members, we will compile detailed case studies of palliative care practices. We will analyze how the alternative ‘logic of care’ of ‘active non-intervention’ emerges in practice, and how people themselves differentiate it from both neglect and the imperative to always act. The work will seek to re-conceptualise instances of medical ‘non-intervention’ as an integral form of care, and so contribute to current debates about what appropriate clinical practice and good care is and can be.

As part of the project, a range of workshops and events will be organised during and following data collection. These workshops and events are meant to ensure the engagement of patients, their relatives and practitioners in the research process, as well as the joint reflection of research findings and possible translations into medical practice.

The research has been funded by the ESRC.

More information about the project, the research team, and events and publications related to the project can be found here. 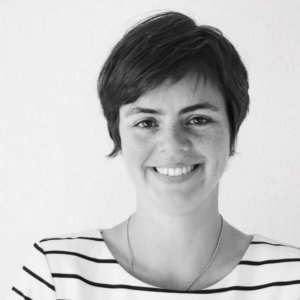