Muhammed Afolabi obtained a medical degree from the University of Ibadan and a Master’s degree in Public Health from Obafemi Awolowo University, both in Nigeria, West Africa. He also underwent specialist medical training leading to the award of a postgraduate fellowship of the West African College of Physicians in Family Medicine. He obtained a PhD from the London School of Hygiene & Tropical Medicine (LSHTM) in 2015.

Muhammed joined LSHTM in 2016 to work on the School's Ebola vaccine project based in Kambia, northern Sierra Leone, where he led the preparations and conduct of the paediatric components of the trials; the findings of which contributed to the approval of the novel two-dose Ebola vaccine regimen (ZABDENO/MVABEA) by the European Medicines Agency and pre-qualification by the World Health Organization.

Muhammed’s research antecedents at the MRC Unit, The Gambia (MRCG) from 2009-2016 were in the evaluation of HIV and malaria vaccines in adult and paediatric populations.  He led the collaborative trial involving MRCG and Université Cheikh Anta Diop (UCAD), Senegal to evaluate the safety and immunogenicity of malaria vaccines when co-administered with routine childhood immunisations in infants and neonates. This successful South-South collaboration became a reference point for the funder (EDCTP); the results of which contributed to the award of a scholarship fellowship for a master’s degree in Vaccinology at the University of Sienna, Italy for a member of the trial team.

Muhammed has a track record of developing innovative solutions to address the unmet needs of the populations he works with. For example, to address the perennial challenges faced when communicating essential research information to low-literacy research participants, Muhammed developed and evaluated in a randomised controlled trial a simplified alternative method of delivering consent information using a locally designed multimedia tool which integrated video, animations and audio narrations in local languages. This study formed the basis of his highly regarded PhD, which he passed without requiring any corrections from the Examiners. The multimedia consent tool has changed the way informed consent procedure is conducted at MRCG and deservedly led to the award of prizes including MRCG Director's Award in 2013 and MRC Chief Executive Officer Award in 2014.

Muhammed serves on several committees including the WHO Strategic Advisory Group of Experts (SAGE) Working Group on COVID-19 vaccines and Nuffield Council on Bioethics. He is also an Academic Editor of the PLOS Global Public Health.

Muhammed has successfully completed the prescribed modules of Postgraduate Certificate in Learning and Teaching at the LSHTM and has become a Fellow of the Higher Education Academy (FHEA). He has a wide range of teaching activities, which include:

In response to physical distancing measures occasioned by COVID-19 pandemic, Muhammed was appointed a Digital Learning Design Champion, where he is poised to utilise his pedagogical and digital skill sets to support LSHTM efforts to maintain global leadership in postgraduate education.

Muhammed is currently working on a prestigious UKRI Future Leaders Fellowship, designed to tackle the difficult and novel challenges posed by co-endemicity of malaria and helminths in a high-risk paediatric population in West Africa by investigating the feasibility and effectiveness of integrating helminth control with seasonal malaria chemoprevention (SMC). This adventurous programme will hopefully lead to the implementation of an increasingly recognised WHO strategy of integrated, non-disease specific approach to elimination of malaria and helminths, which could help to achieve SDG3 by 2030. 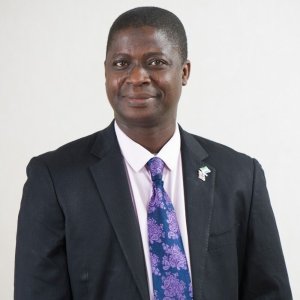