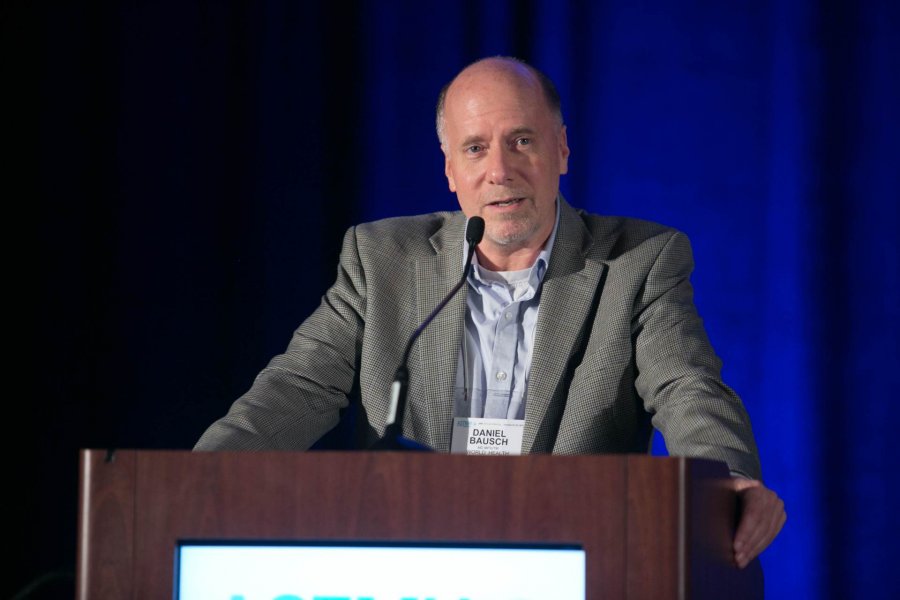 In his various leadership roles, Professor Bausch’s goal is to bring about faster and more effective responses to disease outbreaks all over the world. He tells us why the answer lies not just in science, but in better leadership and cooperation.

Tell us about your career pre-LSHTM.

I grew up in the United States and went into medicine because I was primarily interested in health and human rights. I worked on human rights projects in El Salvador in the early ’90s, then ended up at the CDC when they were looking for someone to start a Lassa fever programme in West Africa.

After that, I was in academia for a while. I then spent four years at the US Naval Medical Research Unit No.6 in Peru, and then at WHO as the technical lead for their epidemic clinical management team. And then I got this offer to come and head a new programme in the UK a little over four years ago, as Director of the UK Public Health Rapid Support Team, led by LSHTM and Public Health England.

What exactly does the UK-PHRST do?

I like to quote James Bryce, that medicine is ‘the only profession that labours incessantly to destroy the reason for its own existence’. The hope is that years from now people from Europe won’t need to deploy to DR Congo because the capacity will be there to stop large outbreaks from happening. That’s what we strive to do in the long term, but I don’t think there’s any danger any of us will be out of a job just yet!

What have you learned from the COVID-19 pandemic?

One of the big surprises was that most of us would have predicted that the most resource-rich countries with surveillance and laboratories would have the least problems and be the most prepared, and of course some of the worst problems have been in some of the richest countries. I don’t want to be incredibly controversial in an alumni magazine, but one of the things this outbreak has shown us is that sound political and public health leadership is incredibly important. If we view this as a political emergency rather than a public health one and don’t react in the right ways… well, dealing with this would never be easy for anybody, but it’s clear that sound leadership is more important than ever.

This is one of the things we’re hoping to do at LSHTM with the new Centre for Epidemic Preparedness and Response. In the UK and many areas of the world, it’s not that the technical capacities are not there, but that they exist in silos. What we’re seeing is that the harmonisation that needs to exist for effective pandemic response has to include health economists and people who work in political science, health policy, mental health – it’s a much broader thing than just having epidemiologists in labs.

Through the Centre, we hope to bring those skill sets together for a dynamic harmonisation – because outbreaks are dynamic, so we need to be talking to each other at the beginning and throughout so that we’re always in a position to ask the right questions and adapt.

This interview is from the 2021 Alumni News.