3 September 2021 London School of Hygiene & Tropical Medicine London School of Hygiene & Tropical Medicine https://lshtm.ac.uk/themes/custom/lshtm/images/lshtm-logo-black.png
Israel Oluwaseyidayo Idris (MSc Public Health for Development, 2019) works as the Health and Nutrition Advisor for the country programmes of MEDAIR in Sudan. Here, he discusses his time at LSHTM, achievements since leaving and advice for current students. 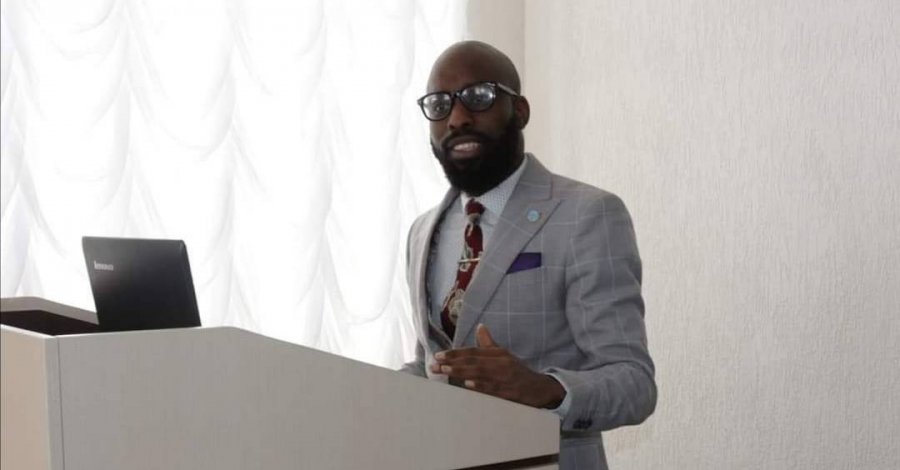 Why did you decide to study at LSHTM?

Although my primary task as a medical doctor is diagnosing and treating patients, the struggle against diseases in a developing context must begin with alleviating inequality in healthcare with sustainable health projects implementation. Man will only be cured if he is first liberated. This can only be achieved with evidence-based programs and policies to solve public health problems and promote health. This is my passion, mission and career.

However, this requires motivated and multi-skilled expertise with admired leadership skills, innovation skills, project research and design, analytical and critical reasoning ability and concrete knowledge in policy and strategy formulation. It also requires the ability to consider prevailing public health questions in the context of sub-Saharan Africa, a skill which I lacked at the time. It was for this reason that I decided to study at LSHTM. Fortunately for me, I was offered a few scholarships, but I believed in the mission of the Chevening scholarship programme at LSHTM.

How has your degree at LSHTM complemented your career?

No doubt, the degree has edged my skills in all aspects of public health, both quantitative and qualitative. This is because I strategically chose modules that I knew would provide me with invaluable and priceless skills, and in the long run, will mould me as highly competitive in the labour market. In addition, the degree has boosted my confidence and skills in both public health medicine practice, clinical practice and research.

Were the relationships you formed at LSHTM useful – in what way?

Aside from its top-notch academic excellence, LSHTM is unique as it also provides a platform for its students to learn and practice a variety of networking skills. I have been able to build valuable relationships and networks inside and outside of the School with the skills I learnt during my studies. Also, all studies I have been involved in are with LSHTM alumni.

Every moment spent at LSHTM are memories to date. In fact, it is always amazing when I remember the incredible intellectual prowess of my classmates and our teachers - who were globally renowned experts, including Professor Peter Piot, Professor Paul Fine, Professor Daniel Chandramohan and Professor Mark Jit.

Please summarise your achievements over the years and how you feel about them?

I am happy with the unique and significant impact I have had in public health medicine, cutting across practice and research. I have been able to turn out a significant number of publications that will be highly needed or useful in policymaking at country and global level. For example, one of my most recent publications aimed to evaluate the impact of immunisation service integration into nutrition programmes and under 5-year-old paediatric outpatient departments of primary healthcare centres in Rumbek East and Rumbek Centre counties of South Sudan. No doubt, this study has provided significant real-world evidence of improving childhood immunisation coverage through integration in primary health care centres. This adds value to the study context, as well as sharing this evidence for potential translation in other contexts and it has been published in the British Medical Journal for Family Medicine and Community Health.

What do you hope to further achieve in your field in the future?

I hope to be successful in my present role as the Health and Nutrition Advisor for Medair's MEDAIR's country programme in Sudan. I also hope to contribute to the achievement of the immunisation coverage target set by the World Health Organization for sub-Saharan countries. I have worked restlessly with the team to provide concrete evidence on strategies to improve the immunisation coverage in coming years. For example, we have contributed to the current evidence highlighting predisposing factors influencing childhood immunisation uptake but in the context of protracted conflict regions like South Sudan. I have also written a commentary article to call for global immunisation governance attention to address an important issue in immunisation practice and tracking methods on missed opportunities for immunisation and immunisation defaulting with appropriate recommendations. In that regard, I believe this will lead to further result-oriented discussions to achieve the target coverage by 2030 in low-and middle-income countries.

In addition to the above, I strongly believe that there is an urgent need to strategically design a sustainable plan to finance the procurement of vaccines and the delivery costs of immunisation programmes in each respective country. In this regard, we have concluded a study that critically analysed immunisation financing in Sub-Saharan African countries in the past five years. With strong statistical evidence (drawn by an LSHTM alumnus statistician, Luke Ouma), our study has recommended the minimal percentage of a country's health budget with and without donors' support that must be invested in the national immunisation programmes with the focus to achieve a national immunisation coverage of 80% - 90% irrespective of contexts.

In all, I really hope that the latter will assist immunisation policymakers in developing their country-level immunisation financing strategies with and without donor support; to sustain and expand immunisation programmes with in-country resources.

By 2030, I hope to significantly contribute to existing efforts in achieving targeted immunisation coverage in the sub-Saharan Africa region. By 2050, I hope to be among those who had championed the "Zero number of zero-dose (unvaccinated) children in Africa".

What advice do you have for current students?

I regularly seek advice from my past teachers at LSHTM, like Prof Paul Fine, Dr Sandra Mounier-Jack, and Dr Kaja Abbas. However, I strongly advise current students to select their modules wisely. Also, if possible and time permits, I will recommend concrete hand-on-experience during their MSc summer project. For example, my summer project was titled health benefits and cost-effectiveness analysis on the national pneumococcal conjugate vaccination programme in Nigeria, this was aimed to generate evidence on the cost-effectiveness of the Nigerian national PCV programme from 2014-2025 and beyond 2025. This was because the current sustainability approach for an affordable pneumococcal conjugate vaccine for the national immunisation programme from 2014 till 2025 involves a cost-sharing plan funded with 75% financial support from GAVI and a subsidy from Pfizer pharmaceuticals.

Lastly, I will advise that students should utilise LSHTM to build a strong network within and outside their MSc studies, which will definitely help them in the future.