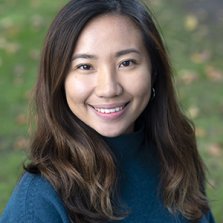 I have a BSc in Biology from Imperial College London, where I became exposed to the field of epidemiology and infectious diseases. This led me to pursue an MSc Control of Infectious Diseases (CID) from the London School of Hygiene & Tropical Medicine. Since, I have stayed with the School as a research assistant / PhD candidate.

My research interests lie in vector-borne diseases and its control; more specifically in malaria. Based in Cote d'Ivoire with AfricaRice, I am currently looking for a way to grow rice without growing malaria vectors. A particular method that I am interested in is alternate wetting and drying irrigation, which could potentially reduce mosquito numbers, but is also able to reduce greenhouse gas emissions and water consumption without reducing rice yield (potentially a transdisciplinary win-win-win scenario!).

Why I chose LSHTM/my programme

LSHTM offers so much diversity: in its student body, staff members and opportunities (like a box of chocolates - you never know what you're gonna get!). I chose CID for my master's mainly because of the appeal of conducting a research project overseas and ended up working in Ethiopia for two months. It has many Centres, which give everyone the opportunity to network and collaborate with fellow researchers interested in the same topic. LSHTM also has so much history: from leading the discoveries in malaria etiology to trials on insecticide-treated nets. Who wouldn’t want to be a part of it?