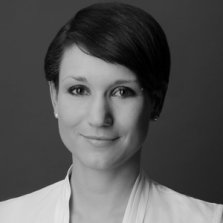 I used to be a science journalist with specialties in neglected (not only tropical) diseases, public health, global health, and health systems in LMIC. Hence, my work as a freelancer for radio and online media had taken me all over the world, be it Nodding Syndrome in Uganda, Ebola outbreak detection in Guinea, Cholera in Haiti or Mental Health in Madagascar, just to name a few. Then, I became senior editor at Science Media Center Germany. Now, I work as an advisor for the Epidemic Preparedness Team within the Sector Initiative Universal Health Coverage with the GIZ in Germany. Initially, I had graduated in science journalism after studying in Germany and France. Then, I started studying Public Health at the LSHTM with the distance learning programme and spent three months at the School in London taking advantage of the blended learning option.

Why I chose LSHTM/my course

Where to apply? At LSHTM—no doubt! For what to apply, Epidemiology or Public Health? Difficult decision! Curious as I am, I eventually opted for Public Health with the General Stream - in order to benefit from the broad range of topics from statistics to economics, from health policy to health promotion, though whenever possible, I focus on epidemiology in epidemics and crises settings as well as outbreak detection and surveillance systems.

The distance learning programme I chose because it offered the possibility to study and to continue with my job at the same time. After studying two modules on campus I know well the advantages and disadvantages of both, studying on site and from afar.