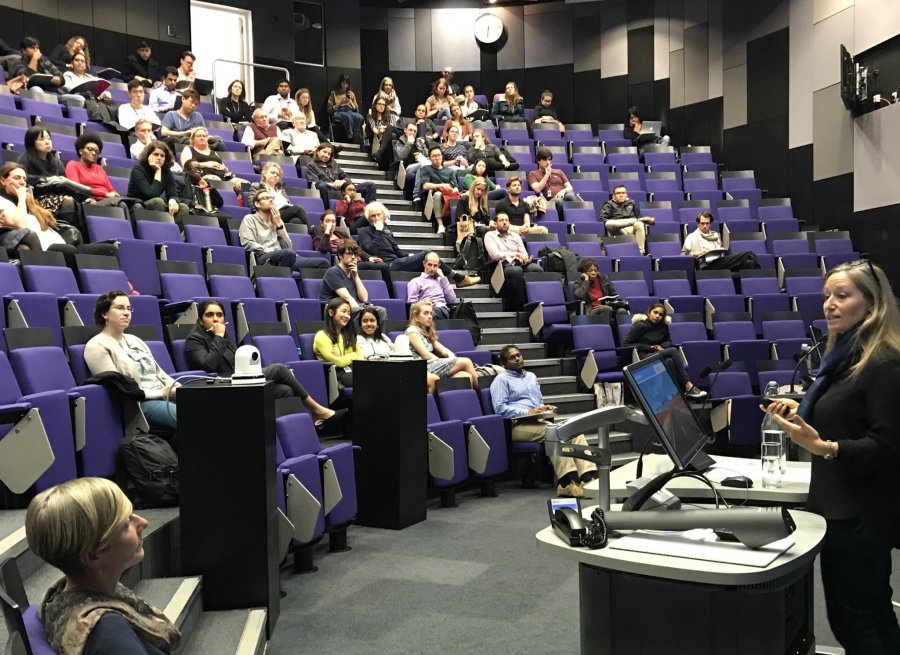 On the 16th of October the VaC hosted the Centre Annual Lecture: New Vaccines: Is an End to Sexually Transmitted Infections (STIs) on the Horizon? organised in collaboration with the Sexually Transmitted Infections Research Interest Group (STIRIG) at LSHTM. The topic was inspired by the significant public attention in 2019 to the success of the HPV vaccine and the expansion of HPV immunization programmes in the UK to include boys as well as girls. A number of vaccines against other STI’s are currently at different stages of development representing an exciting area for vaccine research and impact.

The Annual Lecture was delivered by Dr Sami Gottlieb, a medical doctor and epidemiologist working in the Department of Reproductive Health and Research at the World Health Organisation (WHO) based in Geneva. Dr Gottlieb described the ambitious efforts she is leading at the WHO to develop a Global Road Map for development and implementation of vaccines against STIs. Dr Gottlieb focused on the critical next steps for advancing vaccine development for STIs such as herpes simplex virus (HSV), Neisseria gonorrhoeae, and Chlamydia trachomatis.

The audience included a mix of new students, STI researchers from different institutions and members of the LSHTM and broader community. Dr Gottlieb's talk was followed by a lively question and answer session before students, staff and others headed to a Centre hosted reception for further interactions.

The lecture was recorded - the video (including slides) is accessible via this link: panopto.lshtm.ac.uk/Panopto/Pages/Viewer.aspx?id=384da812-0d26-4b28-ab3b-aad400cb0ba4

Prior to the Annual Lecture a half-day workshop co-organised with the LSHTM STIRIG took place. This event provided the opportunity for leading researchers working in different STIs and across disciplines to share their work and the latest research. This event was very well attended by researchers, students and public health professionals in the field of different STI's.

Following the introductory talk from Dr Gottlieb, Professor Robin Shattock from Imperial College London spoke about the current status of Chlamydia vaccine development and the first-in-human, randomised, double-blind, placebo-controlled, phase 1 trial of a novel vaccine candidate, conducted in collaboration with the Statens Serum Institut in Denmark. Next, the workshop heard from Isabel Delany from GSK who had travelled from Siena to present on Gonorrhoea, the second most commonly reported STD after Chlamydia (US data). She discussed the challenge of developing a vaccine against Gonorrhoea including the emerging challenges associated with antimicrobial resistance. She also spoke about the potential relevance of cross protection via a recently licensed meningococcal vaccine. The next talk was from Dr Katherine Looker an infectious disease modeller from the University of Bristol who spoke about HSV-2 (more commonly known as herpes) and the efforts to develop a vaccine for this STI. She discussed the significant potential impact of reducing HSV-2 prevalence on HIV transmission, given the well established link between these two STIs. After the break, the health policy implications were discussed led by Professor Sandra Mounier-Jack from LSHTM and then a panel discussion chaired by Professor David Mabey. 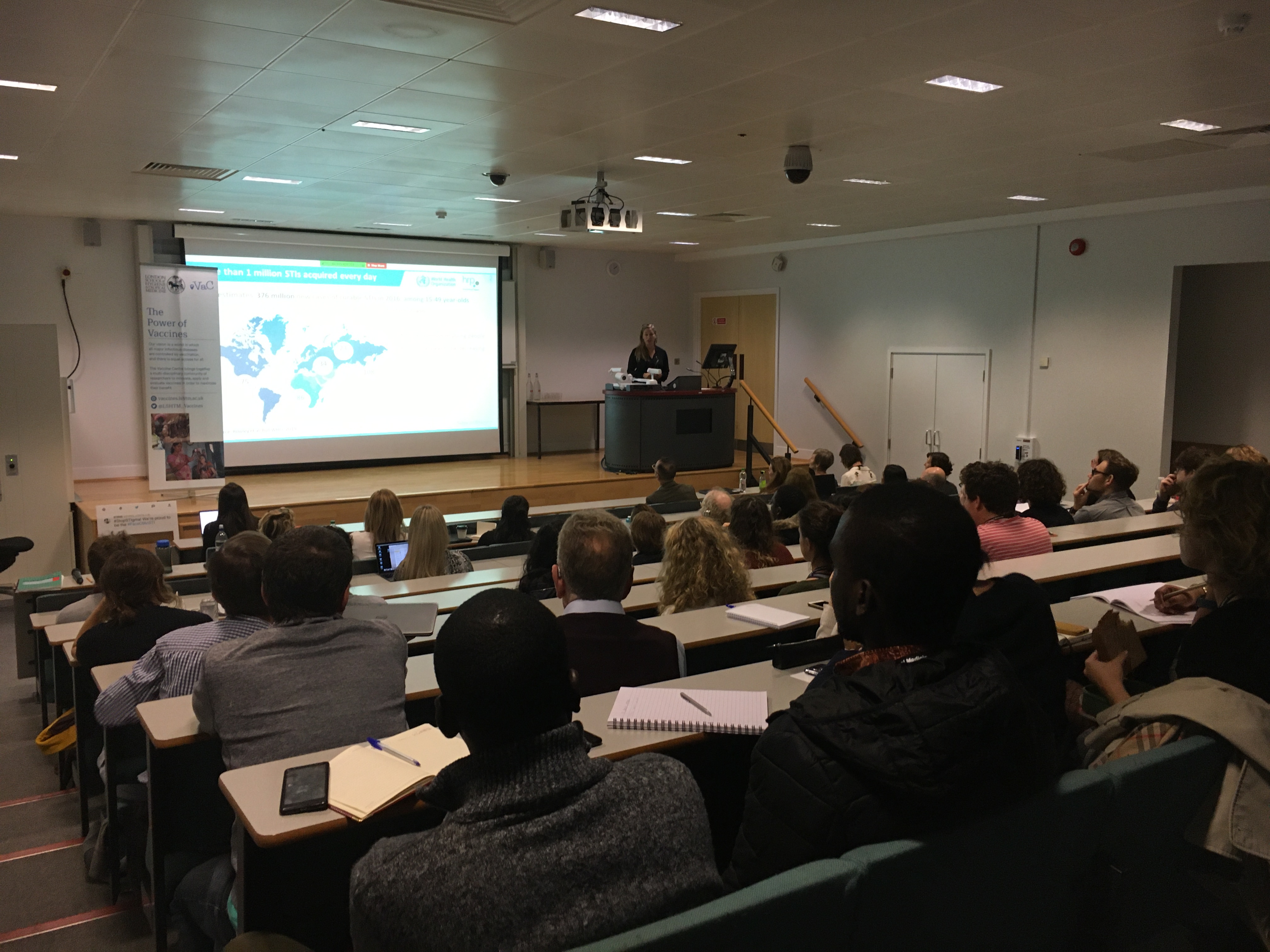 Overall, both events were well attended and received excellent feedback from participants and speakers alike. The VaC Centre team looks forward to continued collaboration with STIRIG and other LSHTM groups with shared interests. We are also excited to welcome the new Vaccine Centre student representative Ms Harriet Webster who spoke to students at the event about getting involved in the activities of the VaC. We aim to develop an active student group for 2019/2020, and any interested students can contact the Centre at vaccines@lshtm.ac.uk.