Positive mothers, negative children: the growing population of children who are HIV-exposed but uninfected

London School of Hygiene & Tropical Medicine London School of Hygiene & Tropical Medicine https://lshtm.ac.uk/themes/custom/lshtm/images/lshtm-logo-black.png
This blog is the first in a three part series exploring the growing population of children who are born to mothers living with HIV but are uninfected themselves. We’ll start by explaining more about this population of children and why they are becoming a global health priority, then look at some of the latest research into neurodevelopmental consequences of HIV and antiretroviral therapy ‘exposure’, and finally discuss future priorities in this research field.

This series is written in partnership with Dr Catherine Wedderburn, a Wellcome Trust Clinical Research Fellow at the London School of Hygiene & Tropical Medicine (LSHTM) with an interest in paediatrics, HIV and neuroscience. Catherine is currently conducting her PhD in South Africa examining the effects of HIV and antiretroviral therapy exposure in uninfected children born to mothers living with HIV. The research aims to understand the impact of in utero and early-life exposures on long-term health outcomes. 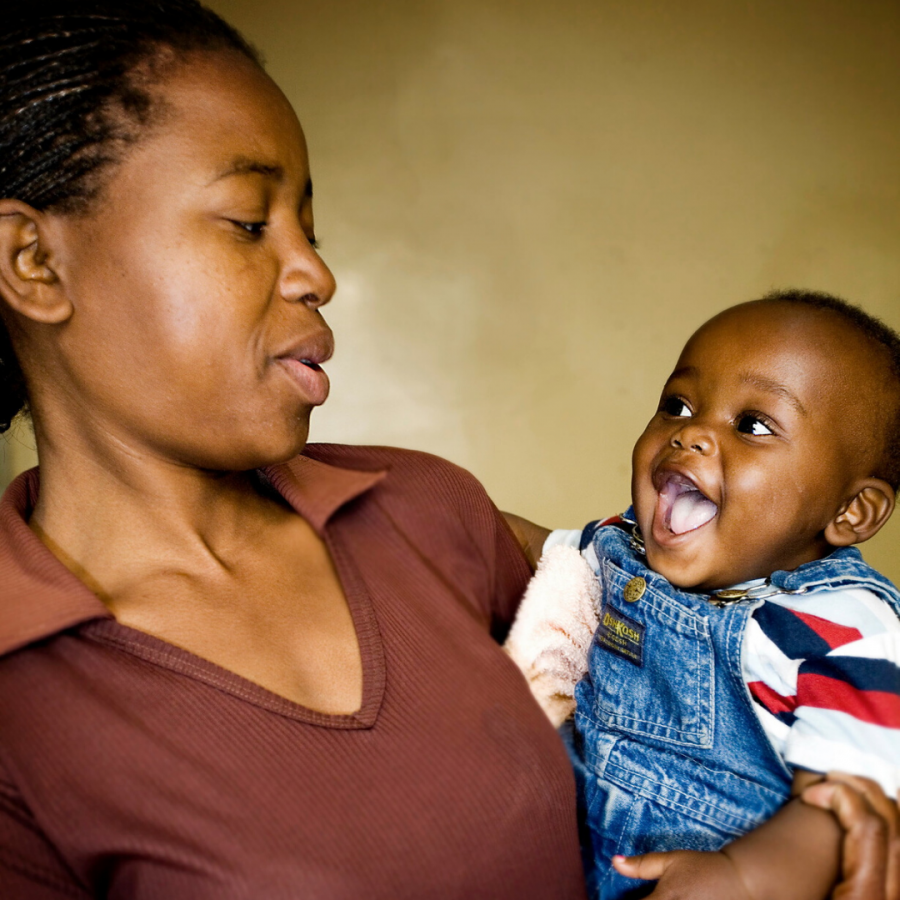 Stopping the spread of HIV

The HIV epidemic has been one of the greatest public health challenges in history. Fortunately, antiretroviral therapy (ART) regimens have proven to be very successful in controlling HIV infection, keeping the virus at extremely low levels in the body. This stops progression of HIV disease and prevents onward transmission of HIV.

Every year, more than 1.4 million babies are born to women living with HIV, 90% of whom live in sub-Saharan Africa. If a mother is living with HIV there is potential for her to pass the virus onto the child, and there are several way this could happen. First, the virus is able to pass through the placenta to infect the developing foetus. Second, during labour and delivery, the baby may be exposed to the virus from the mother’s blood and bodily fluids. Finally, the virus could be transmitted to the baby through breastmilk.

Given these risks, it would be easy to assume that HIV transmission was inevitable – but that would be wrong. Without any interventions, up to 40% of children born to mothers living with HIV became infected, either in pregnancy, at the time of delivery or during breastfeeding. However, maternal use of antiretroviral therapy reduces the risk of transmission by suppressing the virus; with this intervention now less than 5% of HIV-exposed children become infected. This is one of the biggest success stories of the HIV epidemic response. Children born to women living with HIV should be born uninfected and remain uninfected.

The current World Health Organization (WHO) guidelines recommend that all people who are diagnosed with HIV, pregnant or not, start treatment as soon as possible after diagnosis. This treatment consists of a combination of different antiretroviral drugs and must be continued lifelong to stay healthy and prevent transmission.

A growing population of children who are HIV-exposed but uninfected

HIV-exposed uninfected (HEU) children are those who are born to mothers living with HIV but who are not infected themselves. The majority of these children are also exposed to antiretroviral therapy in pregnancy and through breastfeeding. Given the continued high numbers of pregnant women living with HIV, this population is growing and there are an estimated 14.8 million HIV-exposed uninfected children worldwide.

The reduction in transmission of HIV from mother-to-child is a huge leap forward for global health. But being exposed to the virus and medication in any capacity potentially has consequences. HIV-exposed uninfected children have increased illness early in life, and are more likely to be hospitalised and die than unexposed children. In addition, current evidence suggests HIV-exposed uninfected children may have adverse growth and developmental outcomes, with the poorest outcomes being reported in low and middle-income countries.

Worldwide, there is a growing focus on ensuring that all children not only survive, but thrive and are able to live full lives. With this in mind, it is critical to have a full understanding of the impact of HIV and ART-exposure on child development, particularly brain development, so that appropriate and focussed interventions can be put in place to improve child health outcomes. Any early growth or developmental problems may have a long-term impact on later school, employment and health outcomes.

Why are HIV-exposed uninfected children affected?

The exact mechanism underlying the pathological effects of HIV ‘exposure’ remains an unanswered question. Is it because of HIV exposure to the developing foetus? Is it because the mother’s immune system is influencing neurodevelopment? Is it due to antiretroviral toxicity? Or is it an environmental or psychosocial mechanism?

It is likely that multiple factors come into play, and more work will need to be done to fully understand this association. Investigating the mechanisms behind the impaired development is important to prevent future developmental delay. Research is gradually filling in the gaps to build an understanding of the complex combination of HIV-related variables and illness, ART exposure and side effects, and socioeconomic factors. Some of these areas of research will be explored in subsequent blogs.

An important point to make is that for individual children it is far better to be exposed to HIV than infected with HIV. HIV infection progresses considerably faster in children than adults and targets the neurological system in particular, with potentially severe neurodevelopmental impairment.

The stark truth is that without ART, 50% of children with HIV will die before their 2nd birthday.

Given the growing population of HIV-exposed uninfected children, this group now needs to become a public health priority. Why? Because even a small impact on growth and neurodevelopment in this group would have a large effect on the population of countries with high HIV prevalence, and potentially substantially impact human capital in the future.