Dr Sarah Morgan: A decade of academic journals and advertising

Dr Sarah Morgan has a decade long interest in breast milk substitute advertising, as both a mother and researcher. Below, she recounts her journey, challenges faced, next steps, and why events like this are so important to bringing about change. 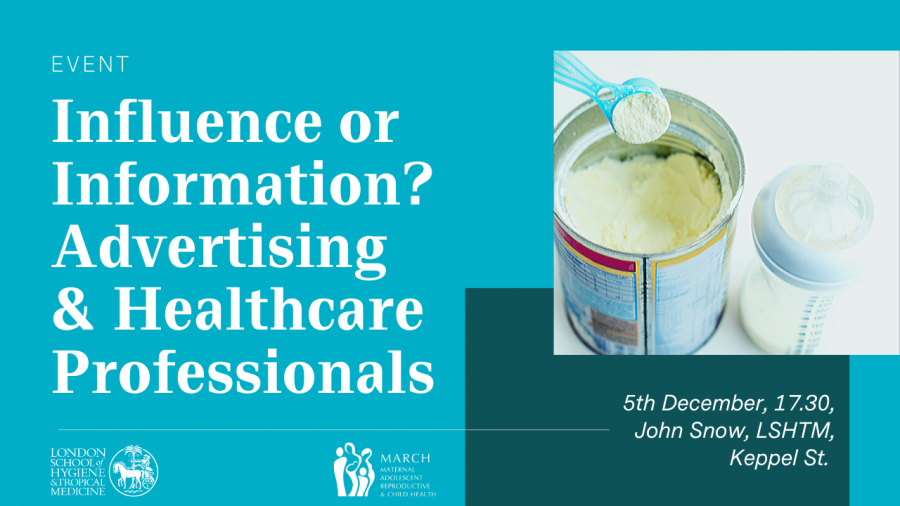 For me, this event represents another milestone in the professional journey I’ve been on since the late 2000’s to improve the information medical professionals have on infant feeding. As a global health professional who’d worked extensively overseas to promote appropriate infant feeding in low resource settings, I was quite bemused by my personal experience in the UK of conflicting and, at times, non-evidence based advice I received on infant feeding after the birth of my own 2 children. As the BMJ landed on my doormat every week, complete with formula adverts, I became interested in where UK clinicians were finding information on infant feeding and began to look into some of the work on company influence in this area that had gone before.

So, I decided to add to the knowledge base.  My Saturday mornings in the summer of 2013 were spent coffee in hand, small children off-loaded on some unsuspecting relative, queuing for the British library to open.

My mission? To trawl through 10 years’ worth of leading medical and paediatric journals looking at the extent of formula advertising.

I found the amount of advertising varied markedly but one publishing group was responsible for almost 75% of all formula advertising. But this in itself didn’t surprise me. What shocked me was the poor compliance with the international code of marketing for formulas.

In the high impact journals from 2012, none of the adverts contained all the information and warnings about formula stipulated in the code. For me, this raised many issues relating to corporate influence and ethical practice on both the company and journal’s side. The content of what I saw did not sit right with the oft repeated refrain that advertisements by formula companies are needed to provide valuable information to clinicians, when to me it seems pretty clear the adverts were not balanced or complete in the information they provided.

Fast forward a few years – my co-authors and I had presented our findings at UK conferences and they were positively received, winning an oral presentation prize at one meeting.

But publication was far more challenging.

Our paper was rejected by two of the journals that contained the most advertisements. Whilst we acknowledged the methodological limitations of our work, we were most surprised by the reasons given by a senior editors of a third journal – that it was “beyond journal scope”. This was despite the journal having sent the paper not just once but twice to peer review, with only minor comments coming back each time. Maybe this in itself tells a story regarding the many complex issues around formula marketing.

In 2016 the UK Royal College of Paediatrics and Child Health (MCPC) voted on whether to continue to accept funds from infant formula companies again, triggering important discussions as to the pros and cons of this stance. It also provided a window for us and others to add to the debate. Sadly, the vote went in favour of continuing to accept funds. To what extent this vote was influenced by the ‘normalisation’ of formula advertising in journals is of course unknown, but it is certainly one of many possible factors. At the time, the journals of the RCPCH were accepting formula adverts.

So I was delighted last year when attention was brought by Chris van Tulleken to the surge in prescribing of specialist formula in the recent years. The subsequent re-examination of the potential influence of infant formula advertising to medical professionals, including the BMJ’s decisions to review its own policies on accepting advertising for these products has been powerful to the field. It was the BMJ group back in 2013 I found made up 75% of formula advertising in my sample.

Despite this progress, many other journals aimed at healthcare professionals continue to carry formula advertisements, oft using the long standing argument that these are needed to provide information to clinicians, especially on specialist feeding products.

We know that clinicians need information on formula milks, so they can offer advice to the parents of infants who cannot, for whatever reason, be breastfed. But this advice should be evidence based, impartial, and based on information from independent and unbiased sources.

So where are we at now? The debate on whether advertisements for these products have any role in supplying this needed information continues. And I look forward to the event on the 5th as an excellent opportunity to further that debate.

You can find out more about this event here.