London School of Hygiene & Tropical Medicine London School of Hygiene & Tropical Medicine https://lshtm.ac.uk/themes/custom/lshtm/images/lshtm-logo-black.png
To compliment the Foundling Museum’s Portrayals of Pregnancy exhibition, Dr Robin Basu Roy and the MARCH centre are curating a season of pregnancy-related film screenings and panel discussions at the museum this Spring. Here, Robin reviews the conversations that emerged from the first event. 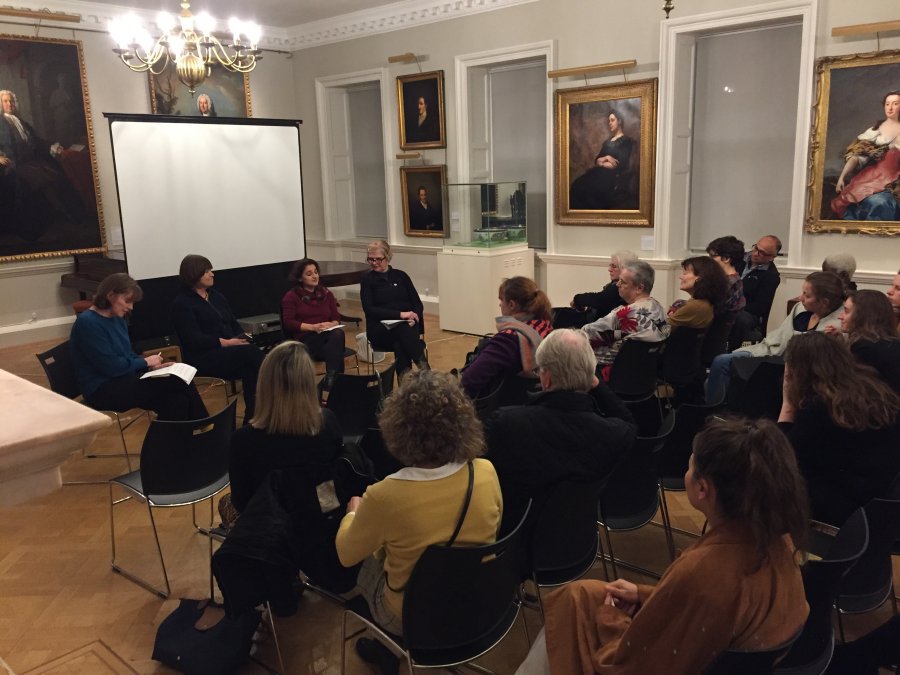 The first screening was Cristian Mungiu’s Palme D'Or-winning "4 Months 3 Weeks and 2 Days" set in communist-era Romania following a young woman’s journey to secure an abortion. The film was followed by a lively and dynamic discussion with plentiful questions from the audience. As Kaye Wellings pointed out, it is easy to think when watching the film that it is about then and there, but it is not the case. There remain significant challenges in accessing abortion even where it is available. And although abortion is now legally available across Britain, it remains a criminal offence unless two medical practitioners affirm that certain grounds have been met. There is increasing usage of self-sourced medical abortion through online telemedicine by women in the UK.

Most importantly of all, globally up to 1 in 7 maternal deaths are due to unsafe abortion.

Diana Georgescu discussed how the rise of socialism in Romania with the promise of female emancipation was followed by banning of abortion and contraception in an effort to increase population growth.  The consequences not just in terms of unsafe abortion but also large numbers of children in state-sponsored orphanages were often tragic. We saw in the film how prohibition can lead to black markets, bribery and corruption and vividly see the lived consequences of such legislation for women. And as Helen De Witt noted, sex can end up as a commodity for exchange, with parallels to the illicit trade in cigarettes on screen.

The film was made twenty years after the end of the Communist era and hence with a degree of directorial distance. Mungiu’s style film-making style is distinctively sparse, with minimal adornment and avoidance of standard cinematic tricks that can emotionally manipulate the audience.

The next film screening is Alfonso Cuarón’s Oscar and BAFTA-laden “Roma” on Friday 27th March 2020. If you haven't got round to seeing it yet, or watched it slumped on the sofa, here is your chance to see it in the Foundling Museum's beautiful Picture Gallery followed by a Q&A session with Professor Joy Lawn, Director of the MARCH Centre at LSHTM, Kathleen Palmer, Curator of the Foundling Museum, Roslyn Law, from the Anna Freud National Centre for Children and Families and Jessica Wax-Edwards, researcher in Mexican visual culture.

The final film screening is Tamara Jenkins' comedy-drama "Private Life" on Friday 24th April 2020 where a middle-aged couple struggle to conceive and are running out of options. We will be joined by Carmel Dennehy, Fertility Counsellor and Psychotherapist, Sandra Hebron,  Head of Screen Arts, National Film & Television School, and Isabel Davis, historian of the zone of ambiguity in relation to pregnancy diagnosis.