In the first of our brand-new interview series, we are delighted to turn the spotlight on Ryan A. Tanjoh about his work as a clinician and Chief Medical Officer, and his reasons for joining the MARCH Centre at the London School of Hygiene & Tropical Medicine. But first, we get up-close and personal and delve into the mind of this remarkable young man! 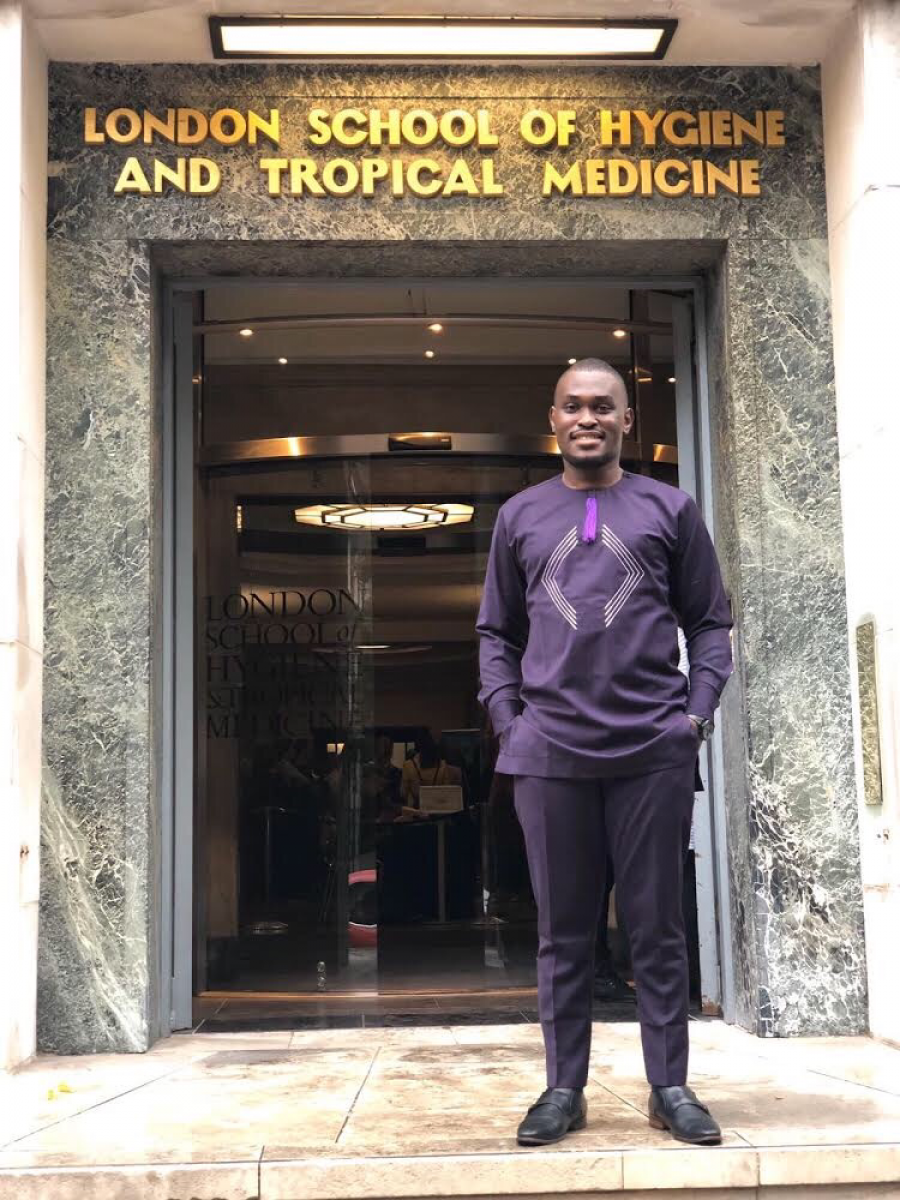 Tell us 3 words that define you?

What’s the one thing you cannot live without?

My phone! My smart phone!

What is the best place you have travelled to?

The buildings, the lights, the people! It’s amazing.

If you could meet anyone dead or alive, who would it be?

Barack Obama! He has inspired the black community. He did the impossible… both him and Michelle. It would be an honour to meet them.

If you had the ability, how would you achieve world peace?

I would take away greed.

Tell us something that might surprise us about you?

I have not had any coffee since arriving in the UK!

Tell us a little bit about your background

I’m from Cameroon. Prior to joining the London School of Hygiene and Tropical Medicine, I was working in a war zone that’s located in the north of Cameroon and the name of the centre is Kai Kai.

I was the only doctor for a population of around 4000 people so I had a lot of responsibility - I was the head of the hospital so in charge of everything that concerns administration, monitoring and evaluation. I was also head of the HIV clinic, monitored the vaccination programme, and in charge of deliveries.  To help me with all of this, I just had a nurse and a translator (who I later trained to be a physician’s assistant). Through this experience, I saw that there were a lot of problems with the healthcare system in Cameroon. We have a weak health system that has left us vulnerable to disease outbreak.

“I started asking myself what I could do to strengthen healthcare systems and contribute to improving the health of not just an individual but a population, and that is when I found LSHTM. It is an amazing school with a great reputation worldwide. Their research in developing countries is outstanding.”

I am passionate about mother and child health and when I found that LSHTM had the MARCH Centre, my decision was made. I had to join the school. Being part of this institution has been an honour.

What was it like in the town you were working in Cameroon?

I was working in Kai Kai in the far north region of Cameroon. And as I said before, the health facility served a population of about 4,000 people. The majority were uneducated with no knowledge of French or English so I had to work with a translator. It was quite difficult because I couldn’t understand my patients. They neither spoke French nor English. Many were unable to read or write, a characteristic of many of the rural areas in Africa. In addition, the area has been a subject of several attacks from Boko Haram, and in a conflict region, it’s difficult to access healthcare.

What were the difficulties or dilemmas you faced while working there?

The main difficulty I faced was the referral system and the high insecurity in the region. I was working in a place with neither light nor water and the closest referral hospitals were 45mins away on bike. In cases of emergencies, I had to handle them on my own most of the time with no light. As a young medical doctor straight out of medical school this was quite challenging.

What are you working on right now?

Right now I’m trying to develop ideas for my summer project. I want to do a secondary data analysis focusing on family planning choices in HIV positive women in the post-partum period. I want to see if they have unmet needs and what contraceptive choices are available to them. I’m also going to evaluate the outcomes of these women and their children at 6-weeks after delivery date and one-year later. That’s a rough idea of what I intend to do, but I am working with my supervisor to refine my ideas.

Why did you join the MARCH Centre and what do you hope to get out of it?

I joined the MARCH Centre because I want to be involved in improving the health of mothers and children, and being a part of MARCH gives me the opportunity to do so. The contribution MARCH has made to the health of mothers and children worldwide has been impressive. The first symposium that I attended was a Questions Symposium. It was very interesting and mind opening. I was really impressed by the work and I hoping to learn from all the eminent researchers in the centre and to participate in whatever way I can in the research they are doing.

Is there anything you’d like to see more of from the MARCH Centre?

Well, when I attended the Questions symposium, I noticed that most of the speakers were women. I do understand why many women will participate in the centre but I wondered why men were not more involved.

“I think MARCH should encourage more men to be more involved in their activities. Some men might not want to join because they think it’s a “women’s thing” but it’s related to everyone!”

How can we make the atmosphere include more men?

Well it’s difficult to say. I think during their activities, they could invite more men to be speakers. In addition, try to include more male students in projects they are undertaking or in research. Many students will be happy to be part of it. I, for one, will be very interested. I don’t know if these ideas will change anything but I think, it’s a nice place to start.

What do you think men can do to improve conditions in maternal and child health?

Well in most cultures especially in African culture, the man is the head of the family. They play a great role in making major decisions in their family’s health.

Involving men by educating them will help a great deal in improving both mother and child health.

“I think most men are uninformed about several health-related conditions and this often leads to ambiguity in making decisions with respect to sensitive issues like contraceptive use, HIV testing, ANC, methods of delivery, vaccination and more”

What are your future prospects?

Well, I am into disease surveillance, research, monitoring and evaluation and designing disease control programs. I’ll want to do any one of this in the field of maternal and child health.

How can I find out about ongoing research at the MARCH Centre?

The MARCH Centre website has a research page called ‘Our Research’. There you will find research studies currently linked to the centre according to A, B and C themes. You can also subscribe (if not already!) to the MARCH newsletter where opportunities will be published when they arise. Also follow our Facebook and Twitter pages.

It;s also worth keeping up to date by attending the events that interest you. There will be opportunities to network with MARCH leaders.

Ryan can usually be found in the canteen during lunch times.