BLOG: Humanitarianism in Uganda: Outcast in your own Home 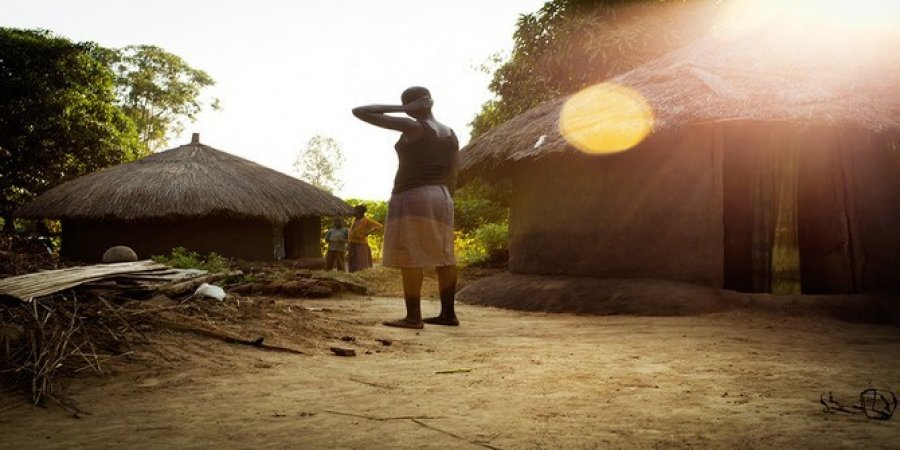 This article was originally published last year by LSE as part of their #LSEReturn series, exploring themes around Displacement and Return.

Through the accounts of Evelyn and Mary’s lives with the Lord’s Resistance Army (LRA), Jacky Atingo and Melissa Parker ask why programmes funded by humanitarian agencies have done little to protect vulnerable people.

More than 30,000 children were abducted by the Lord’s Resistance Army (LRA) in northern Uganda between 1996 and 2006. Many of these children spent long periods of time with the LRA. Although a large number of children died, others managed to escape or were captured by the Ugandan army. They passed through internationally funded reception centres, before being placed back with their families. The process of return was part of a broader programme of Disarmament, demobilisation and reintegration (DDR)

We are currently documenting the day-to-day challenges facing young people who returned from life with the LRA. In particular, we are focusing on young women who returned with babies and young children born to LRA commanders more than 14 years ago. Issues emerging from this work include the enduring and inter-generational nature of distress and suffering, and the legacies of programmes funded by humanitarian agencies that have done little to protect or support vulnerable children. The following accounts by one woman and her daughter highlight the issues well.

Evelyn (not her real name) was abducted at the age of 15. She was one of 30 wives given as a ‘wife’ to  , a senior commander being tried at the ICC in the Hague. Over a period of eight years, she gave birth to three of his children. Life with the LRA was brutal. Not only was she sometimes forced to have sex with him, initially with a gun to her neck, but she was also beaten. Speaking in a quiet tone, she told us, for example, how “one day, he beat me badly .. he used a panga on my body .. the wound is still there .. it was because of ‘delayed cooking’ [i.e. not providing food for Ongwen and his escorts in a timely manner] …” However, there were times when she felt cared for, and even loved by, Ongwen. Reflecting on the birth of her first child, she described how he made a trip to a near-by town to find the child some clothes.

Evelyn was eventually released by the LRA and spent a few months at a reception centre, before being taken to her maternal home. Within a year, she became involved with another man and went on to have three children with him. The relationship did not work “because he would really fight with me”. She returned, for a while, to her mother’s homestead with her children; and her mother is looking after two of these children as well as two of the children she had with Ongwen. Mary has started a ‘new’ life with another man. Reflecting on the fact that they have both become Pentecostal Christians, she said: “God has now saved me from the problems in the bush.” They have a small baby. In contrast to her previous relationship, he seems to be accepting of her life in the bush.

Her eldest daughter, Mary (not her real name) is, however, really struggling. When we first met Mary, she was heavily pregnant with her second child. Quietly spoken, she told us that she came to a reception centre at the age of five with her mother and two siblings. Fourteen years on, she recalls the fear, uncertainty and brutality of life in the bush. In particular, she told us not only how she witnessed women being beaten in the bush, but also how people who cared for her were killed by the LRA in front of her eyes. One particular occasion stands out.

A young girl (otherwise known as ting ting), not more than 13 years old, was assigned to look after her. The girl gave her a piggy back as they fled an attack by the UPDF in Sudan. Although they survived, Mary still carries scars on her body from wounds she picked up by passing shrapnel.  Most troubling of all, was the fact that the very girl who had helped her survive the attacks, was subsequently accused of making her ill by giving her herbs from the bush. Following intense and aggressive questioning, she was told to find the herbs to make her well again. This she did, only for her accusers to say that such actions proved she was a witch. To Mary’s horror, she was shot dead in front of her eyes. These events haunt her to the present day, but she is also troubled by events which have unfolded since leaving her life in the bush.

Attending school proved difficult. Her maternal uncle was reluctant to pay her fees, and when she attended, she was frequently accused of having a ‘bush mentality’ and made to feel ‘like an outcast”. Perhaps seeking escape, she eloped with a young man at the age of 14. The relationship has not worked well.  A turning point seemed to be when he found out that she was a ‘child of the bush’. He turned against her and started to beat her badly. Acutely aware that she had no significant relationship with the paternal side of her family, and that her mother and her relatives were keen for her to return to school, she decided to stay with the young man. Although pregnant with his second child, he has recently taken a second wife and seems reluctant to help care for her. On occasion, he takes their son to a hotel to eat, while leaving her behind with no money to buy food. Her relationship with her mother seems to have broken down, but several women who live in the locality and knew her as a child in the bush visit her. Their advice is to stay quiet and accept her lot, on the grounds that she has nowhere else to go.

Evelyn’s and Mary’s accounts of life with the LRA, and their lives now, raise many troubling issues. In Evelyn’s case, she has struggled to create a home for the children born in the bush, and while the relationship she has with her current partner seems to be working well, it comes at a price. Her children from the bush, and previous relationship, are not welcome in his homestead. In Mary’s case, she remains intensely distressed by having witnessed her babysitter shot dead. She has now found herself in a fraught and complex relationship where she, too, is being beaten by her husband. And, yet, she has nowhere to go. Rejected by her maternal uncle, she is pinning her hopes on the possibility of her father, Dominc Ongwen, being released from imprisonment in the Hague. Longing to be reunited, she has a picture of him as the wallpaper on her phone – giving voice, perhaps, to hope for a better future.

Sadly, the enduring distress articulated by Evelyn and Mary is not exceptional. There are countless other women and children in similar situations; and there is scant evidence that the ‘care’ provided by humanitarian agencies has successfully fostered social re-integration. Why, we ask ourselves, have humanitarian agencies shown so little interest in following up on the welfare of the women, babies and children they placed back ‘home’?