VOICES FROM THE FIELD: Disasters, disease, and data - Mapping Mozambique after Cyclone Idai 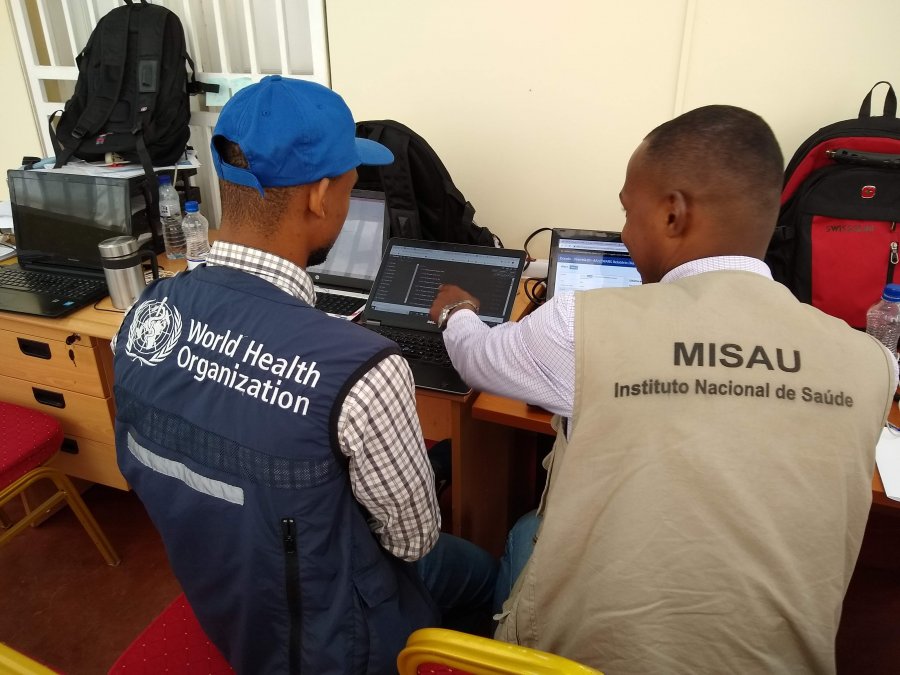 Neale Batra completed the MSc Epidemiology at LSHTM in 2016, focusing on communicable diseases and health in humanitarian crises. He currently lives in Rwanda.

“There could be outbreaks occurring there - and we would not know...”

In the aftermath of Cyclone Idai, my colleague on the inter-agency epidemiology and surveillance task force voiced this frustrating truth confronting the response in Mozambique.

In mid-March 2019, the cyclone caused extensive damage and flooding across central Mozambique. It displaced hundreds of thousands of people, ruined crops, submerged health facilities, and sparked an outbreak of cholera with over 6,500 patients seen at cholera treatment centers. Surveillance systems disrupted by the storm meant disease occurrence in numerous hard-to-reach areas was largely unknown. In humanitarian crises, much is said about taking correct actions, but a hallmark of these emergencies is often decision-making without complete information. Since early April, I have been deployed to this disaster as a data manager through the Global Outbreak Alert and Response Network (GOARN) with the World Health Organization (WHO), in order to support the Mozambican Ministry of Health in regaining the surveillance and response capability lost in the wake of the cyclone.

Most mornings, I arrive at the unassuming one-story building in the city of Beira, which had been converted into a temporary health response coordination center. I join colleagues from the National Institute of Health (INS) and Provincial Department of Health (DPS) – Mozambican epidemiologists, physicians, and nurses who have been working without break since the cyclone. Their efforts are impressive – as just one example, over 800,000 people were administered the cholera vaccine in the span of one week.

We are supporting the government’s deployment of EWARS, an Early Warning, Alert and Response System, which was originally developed by WHO for surveillance of epidemic-prone diseases in emergency settings. Together, we have trained staff at over 80 health facilities in Sofala province to use a mobile phone app to report daily disease occurrence data. These data are then analyzed at the district and provincial level to guide interventions. Plans for expansion will soon bring another 50 facilities into the system.

However, such a task is easier said than done. In some of the rural areas surrounding Beira, access is limited to arduous motorbike rides or helicopter. Coupled with unreliable cellular network coverage and lack of electricity, this environment presents challenges to timely reporting of the data. In order to overcome this, approaches must be adapted to each unique situation and rely on the insights of district-level surveillance officers to deliver training and supplies to hard-to-reach areas. Follow-up is just as important – what happens once a facility reports an epidemic-prone disease? The Ministry of Health and WHO, together with partners such as the US CDC, European CDC, MSF and IFRC, have put in place systems for verifying outbreak alerts, trained district-level outbreak investigation teams, and readied laboratory and other investigative capacity for mobilization.

Although I may not be treating patients or repairing roofs, my goal is to provide the best possible information to those who are. My colleagues and I must guide strategic data collection, critically assess the validity and biases of data flowing in, know which information is useful to stakeholders, navigate political priorities, and communicate effectively through timely publications. We leverage tools such as QGIS, R, OpenStreetMap, EWARS, DHIS2, and the trusted workhorse of Microsoft Excel. Constant challenges include formatting messy data, combining datasets of different origins, performing statistical and historical comparisons, and creating compelling visualizations. There is scanty time for lengthy review, so skills must be sharp and execution efficient.

In late April, in a development unprecedented for Mozambique, a second cyclone (Kenneth) impacted and rendered another major disaster in Cabo Delgado, a northern province. Responders are now working on two fronts a thousand kilometers apart. They are applying lessons learned from the Idai response to cyclone Kenneth, but a broader mandate has been highlighted. Cyclones will continue to affect Mozambique, possibly with increasing intensity and frequency. As this response transitions to recovery, the focus of our work with government and long-term partners is conscientiously turning towards building more resilient surveillance and response systems for the future.

I have thoroughly enjoyed the challenges of this deployment and encourage LSHTM students, staff, and alumni to seek out similar opportunities. There are many ways to prepare yourself for when such an occasion does arise. Volunteering with disaster response organizations in your city or country can be a way to network and gain relevant skills while serving your neighbors. Consider attending seminars organized by the Health in Humanitarian Crises Centre or the UK Public Health Rapid Support Team, enrolling in free online classes offered by LSHTM (like this course in September on disease outbreaks in low- and middle-income countries), or improving your abilities in another language. You can even join vibrant online communities such as the Humanitarian OpenStreetMap Team and support disaster response on your lunch break.

And yet, the use of technical tools in emergencies amounts to little if not preceded and accompanied by intentional relationship building. With material as sensitive and subject to misinterpretation as data, building personal and inter-agency trust is as critical as any analytical step. Prior to this deployment, most of my roles in emergency preparedness and response had been in local government service in major cities in the United States. Deploying this time with an international agency I learned to play a different role - working within the cluster approach and offering technical assistance as an outsider. While I accustomed myself to the flood of new acronyms and organizations, I recognized familiar dynamics in a new context. The tensions between local and national, rural and urban, and residents and international responders can hinder collaboration in any setting. I have found here, as elsewhere, that no matter which logo is on your vest, a smile, sense of service, and humility can go a long way.