BLOG: We Are Not A Target: World Humanitarian Day 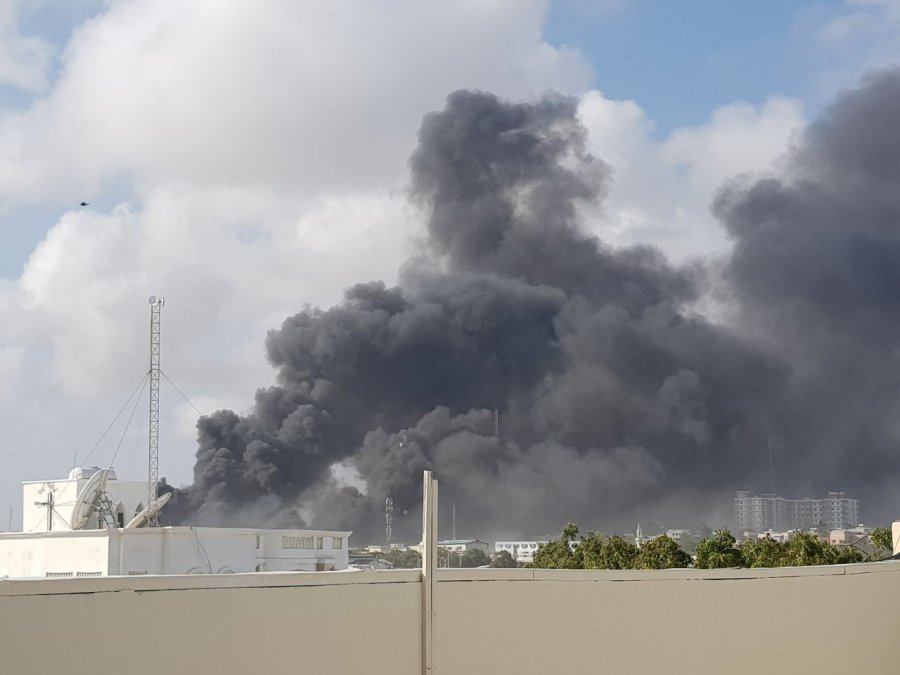 It was about 3 o’clock on a Saturday afternoon last October when the attack occurred.

I was hunched over a humanitarian health report as I had been for the past few hours, when the ground suddenly and violently shook beneath my feet. It felt like a massive earthquake, so I hurriedly snatched my radio and some equipment and rushed out of my office door. I stopped dead in my tracks, transfixed by the largest plume of smoke and fire I had ever seen. It was unmistakably a bomb – less than a kilometre away, and the deadliest one on Somali soil ever recorded. More than 500 civilians lost their lives that day, including a colleague of mine. I was dismayed but not surprised later when I found out that our compound was actually the intended target. Previous attempts had made clear that the UN compound was considered a high value target. Unfortunately, that truck bomb was just one of many attacks on civilians and aid workers last year, in Somali and worldwide.

In a time where the humanitarian needs have increased dramatically and the available system of response has been stretched far beyond its limits, attacks on civilians and aid workers have reached unprecedented levels. This is because the concept of neutrality has eroded significantly in the minds of some warring parties- you were either with them or against them. In 2016, there were 158 major attacks on humanitarian aid workers – up from 148 in the previous year. More than 100 of my colleagues working in aid and health across the world lost their lives in just that one year.

As aid workers, we have always understood that our work comes with a certain level of risk and vulnerability. There was always chance, however unlikely, that you could be involved in vehicle collision, or fall desperately ill far from any health facility. However, when I first began aid work, being deliberately and systematically targeted was not something I considered a high risk. Of course, you would sometimes hear of tragic violent incidents during missions that befell some unlucky ones. But it was easier to carry on with the work at hand, if you thought of them as just isolated incidents, not something that could happen to you. Dwelling on it too long, it stood to reason, would help no one. It has become more difficult, however, for myself and others to sustain this thought process in the face of recent events. Isolated incidents have become trends, and trends have become the norm.  The numbers alone speak to this.

This theme of this year’s World Humanitarian Day on August 19 – #NotATarget – is a stark reminder of the increasing danger faced by aid workers in upholding the humanitarian principles of humane, neutral, impartial, and independent aid to those in need. We must reaffirm that non-combatants, especially civilians and aid workers, are not legitimate targets. Those that target these groups must be held to account and efforts to protect civilians and those delivering humanitarian aid must be redoubled. This World Humanitarian Day is also a reminder of the sacrifice that many of our colleagues have made. In their memory, we must intensify our efforts and carry on their legacy to serve the vulnerable and often voiceless. We must do more to ensure that civilians and aid workers receive their lawful protection from the scourges of conflict.

We are never targets.