VOICES FROM THE FIELD: A New Journey: Setting priorities for healthcare in Afghanistan 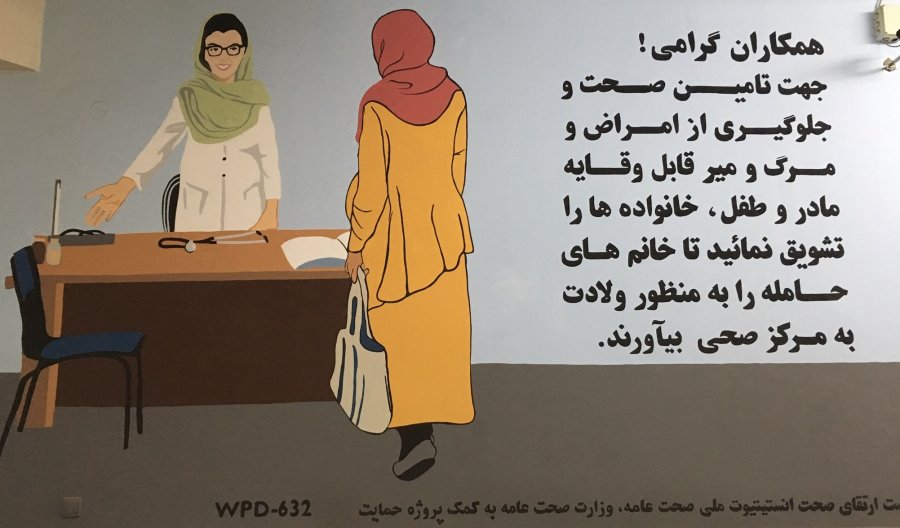 I have just arrived back from the cold mountain city of Kabul, where I was working at the Afghan Ministry of Public Health. This week was an important step in a year and a half long process of health system reformation – on January 5, the Integrated Package of Essential Health Services was officially launched by His Excellency Dr Feroz, Minister of Public Health in Afghanistan, alongside Dr Tedros, WHO’s Director General.

This transformational journey started in 2017 through the initiative of the Minister. His Excellency decided that in light of increasing non-communicable diseases and injuries, an international drive towards Universal Health Coverage, and the recent publication of volumes of evidence by Disease Control Priorities 3 (DCP3), the current Basic Package of Health Services (BPHS) and Essential Package of Health Services (EPHS) needed revising to better cover the changing needs of the population and be more adapted to the high level of violence.

To achieve this, he established a national working group and a group of international experts from DCP3, WHO, UCL, SickKids and LSHTM. His Excellency Dr Feroz is an LSTHM fellow and has had close links with the university over the years. Based on my experience working in armed conflicts, I was put in charge of coordinating the international committee with an understanding that we would support the ministry in assessing their current landscape of healthcare and developing a plan for reformation based on that.

We started by reviewing national data to understand Afghanistan’s health system capacities and epidemiological profile. Global evidence starting with DCP3 volumes was also reviewed to complement the existing evidence while including more of it from conflict settings.

These reviews were followed by exchanges between the national working group and our international group to decide on key interventions based on explicit selection criteria. This included ideas around Effectiveness – what has been proven to work?; Local feasibility – do necessary local resources (trained staff, infrastructure) exist?; Affordability: are new drugs and equipment required, and if so, what are set-up costs?; and Equity: will the intervention improve access to care, and for whom?

After three rounds of consultations with nine working groups composed of the Deputy Ministers, Head of Departments and Programmes at MoPH, provincial directors and representatives of non-governmental organisations, we received final feedback from each that allowed us to finalise a list of interventions.

On January 5th 2019, His Excellency Dr Feroz and Dr Tedros, Director General of WHO officially launched the Integrated Package of Essential Health Services. My visit this week consisted of a series of meetings with various actors in order to describe the priority-setting process that took place during a year and a half and explain the key new interventions: emergency care, palliative care and basic management of diabetes and hypertension. Dr Reynolds from WHO Geneva also presented the key principles of emergency care describing the positive impact of emergency care on the whole health system and in terms of health outcomes.

What is always amazing to me is that people here work daily in an environment surrounded by conflicts and natural disasters. During the week I was there, 45 people died in flooding in Kandahar, several attacks were reported in the east of the country and a suicide bomb exploded next to the airport of Jalalabad.

Despite these challenges, I could really feel that finalising the content of this package was an important step for the health officials, but saw that their minds were already moving towards the next step. That is, how could they translate the revised package into concrete activities and make the necessary adaptations to the health system? A lot of dialogue is now taking place about the financing capacities of the health systems in a country where almost 80% of the health system is funded by families. People also discussed human resources capacity (the need for additional staff and which types), continuous professional development (what new skills, procedures, job aids, and guidelines are needed), monitoring and evaluation systems (which data needs to be collected to reflect the new package).

I believe this revised package has generated a range of exciting discussions and ideas, and enabled the national actors to genuinely have a chance to reshape health service provisioning so that it better reflects Afghanistan’s needs. I also hope that LSHTM will continue to be able to accompany the MoPH through this journey.