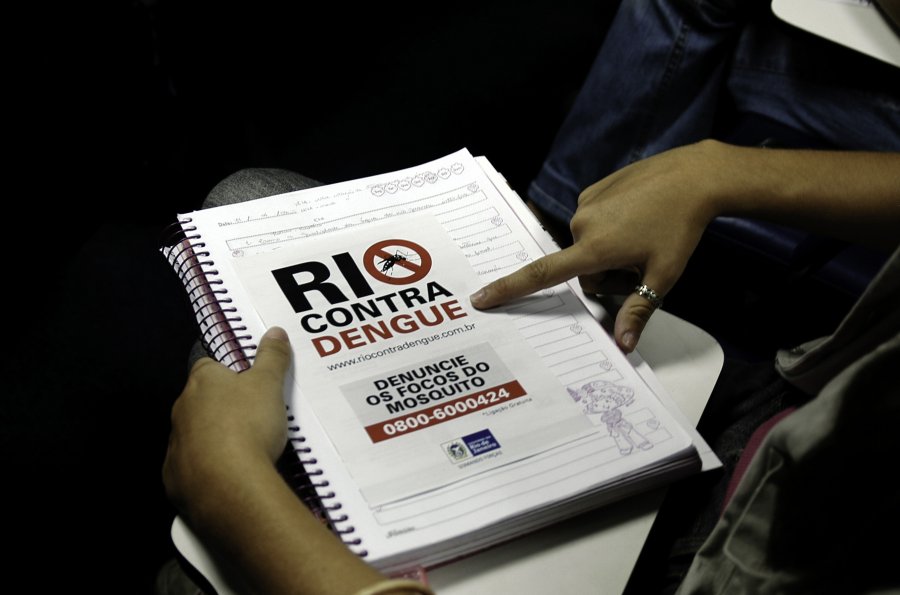 Since 2015, several Latin American megacities have experienced simultaneous epidemics of dengue, chikungunya, and Zika. These viral diseases are transmitted to humans by infected Aedes mosquitoes, which are now found across all continents, including North America and Europe.

In Brazil, dengue fever has been endemic for over three decades. Unfortunately, existing efforts to control mosquito populations have failed to reduce infections, and have failed to prevent the recent and rapid spread of chikungunya and Zika epidemics across the country. Although dengue has circulated in Brazil for the last few years, a lack of population immunity to chikungunya and Zika allowed these viruses to burn through the population quickly.  A highly mobile population, which allowed people and mosquitoes to quickly spread around the country, and warmer temperatures - thanks to a large El Niño event in 2015-2016 - could also have contributed.

Shortly after it was discovered in South America, the Zika epidemic was linked to severe neurological disorders in both newborns and adults, sparking a public health emergency of international concern. In the city of Rio de Janeiro, the first Zika and chikungunya epidemics took place between 2015 and 2016. At the same time, there was a large dengue epidemic, overwhelming public health services and hospitals.

This ‘triple epidemic’ has challenged local authorities to understand how these three diseases behave and interact when they overlap in space and time, and ultimately how to design new policies to manage that. To identify where the diseases were clustered across Rio and detect hotspots, Infectious disease epidemiologists at the Oswaldo Cruz Foundation in Brazil and here at the London School of Hygiene & Tropical Medicine analysed reported cases of dengue, chikungunya and Zika in Rio between August 2015 and December 2016.

Clusters of dengue and Zika were found across all of the city, but interestingly cases of chikungunya were more common in the northern areas. In general, clusters of all three were not detected in the same place at the same time. This may be a result of each virus being introduced at different times in the city, varying population immunity to specific viruses, and increased avoidance of mosquitoes following the Zika epidemic, which peaked earlier on. The area where disease clusters were found in the same place, tended to be neighborhoods with high population density and low socioeconomic status - particularly in the north, which is home to many of Rio de Janeiro’s slums – known locally as favelas.

By creating an understanding of how diseases can overlap in space and time, these results provide an important first step towards coming up with better interventions for prevention and outbreak response. In Rio and elsewhere, this will allow decision-makers to both redirect intensive mosquito control to high-risk locations, and also improve the diagnosis of each of the three diseases, as they have similar symptoms but different long-term health implications. Understanding how the diseases interact in space and time means we can get better at correct management and medical care, and ultimately protect the most vulnerable people, including children and pregnant women.

Rachel is an Assistant Professor at LSHTM, looking at how environmental and socio-economic factors interact to determine the risk of disease transmission.

Is the Zika virus epidemic in Latin America and the Caribbean really over?