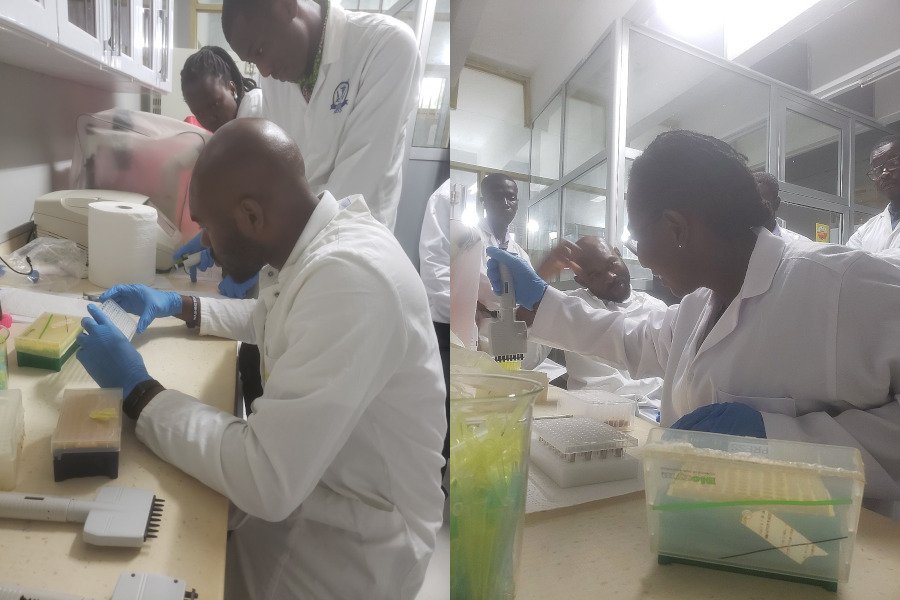 Klebsiella pneumoniae has earned a spot on the World Health Organisation’s list of critical priority pathogens for which research and development of new antibiotics are urgently needed, due to its ever-increasing levels of resistance to multiple antibiotics (particularly to carbapenems, a major last-line class of antibiotics). This was reflected in the recent Global Research on Antimicrobial Resistance study, where K. pneumoniae was one of six pathogens estimated to have caused more than 250,000 deaths associated with antimicrobial resistance (AMR) in 2019 and the leading Gram-negative pathogen in sub-Saharan Africa, contributing 20% of the deaths attributable to AMR. In Ghana, previous data from researchers at the University of Cape Coast showed a preponderance of resistance to third-generation cephalosporins among clinical isolates of K. pneumoniae sourced from three tertiary hospitals spanning the Central, Western and Northern regions of the country.

WHO emphasises robust surveillance of AMR as a critical part of national action plans to fight this global threat. To support AMR surveillance efforts in Ghana, I recently teamed up with researchers at the University of Cape Coast (Ghana) and the Quadram Institute (UK) to help establish Oxford Nanopore MinION sequencing at the University of Cape Coast. The MinION is a small, cheap ($1k), portable sequencing device well suited for low-resource settings, which has been widely adopted to support SARS-CoV-2 genomic surveillance across Africa and globally. In May, with the support of funding from International Society for Antimicrobial Chemotherapy (ISAC) and the Quadram Institute, I travelled to Ghana to train local Scientists to perform sequencing and analyse the resulting data.

I was accompanied by Dr David Baker, an expert in next-generation sequencing and head of the core sequencing suite at the Quadram Institute Biosciences, Norwich and Thanh Le-Viet, a bioinformatics programmer affiliated with the CLIMB project, also based at the Quadram Institute. We were hosted by Professor Isaac Dadzie and Dr Richael Odarkor Mills, lecturers in the School of Allied Health Sciences at the University of Cape Coast. From 16th May to 23rd May 2022, we conducted wet lab training for nine local scientists in low-cost, high-throughput DNA extractions, library preparation for MinION sequencing and loading a MiniON flow cell and gave seminar presentations spanning advances in sequencing technology and its application for detecting the presence and spread of AMR traits in Klebsiella pneumoniae and related pathogens like Escherichia coli. Professor Kat Holt of LSHTM’s AMR centre, together with team members Kara Tsang, Annapaula Correia, Zoe Dyson, Tom Stanton, Charlene Rodrigues, also joined in to give remote seminar presentations and facilitate a hybrid computer practical focused on an introduction to AMR gene databases, online tools for detecting AMR traits from genomic sequences, as well as data visualisation with selected online integrative platforms including Microreact and Pathogenwatch.

Following on from the training visit, the University of Cape Coast, Ghana lab independently carried out a MinION library preparation and loading with minimal assistance from the UK team—an exciting outcome and proof that in-country expertise has been successfully established.

We in the LSHTM team hope to continue to support the work in Ghana, and look forward to more exciting future collaborations including working together to analyse the clinical K. pneumoniae isolates sequenced by the Ghanaian team. Watch this space!