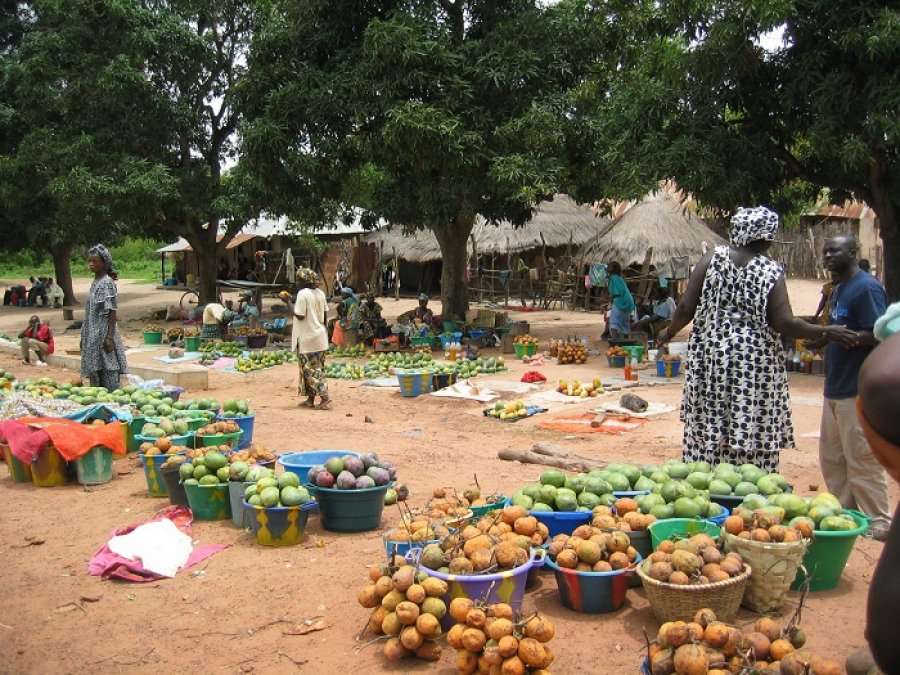 Improved housing with access to piped water may be the crucial in eliminating malnutrition and stunting in children, according to new research published in BMC Medicine and led by the MRC Unit The Gambia at the London School of Hygiene & Tropical Medicine (LSHTM).

Childhood malnutrition and stunted growth are global health issues afflicting 162 million children under five years old. Stunting is a largely irreversible outcome of chronic undernutrition and repeated bouts of infection during the first 1,000 days of a child’s life. It is associated with long-lasting consequences, including decreased cognitive and physical development, and poor health with increased risk of diseases such as diabetes, hypertension and obesity.

Despite decades of research, the precise cause of growth failure in children is still unknown. In recent years, research funders have invested heavily in a number of interventions, such as WASH Benefits and SHINE – both of which focus heavily on improving water quality, sanitation, hand washing and infant nutrition. Nonetheless, these interventional studies have done little to reduce stunting in low-income countries. However, stunting resolves quite rapidly as countries become wealthier.

The new findings, stemming from a unique study examining the health trajectories of the children of Medical Research Council staff working at the organisation’s research unit in The Gambia, suggests that better housing with piped water into the home, and keeping animals away from the domestic space are the pivotal factors that would lead to improving childhood growth.

Andrew Prentice, lead author and Professor of International Nutrition at the MRC Unit The Gambia at LSHTM, said: “Conventional thinking is that improving access to food and educating families about hygiene will prevent childhood malnutrition but these interventions keep failing.

“The takeaway message from our research is that there’s a very high threshold of hygiene necessary to allow children to grow properly – communities need improved living conditions and access to clean water piped into their homes. These findings should redirect governments’ priorities, shifting efforts to providing drastically better housing, and better access to clean water.”

The research team studied families living and working in Keneba, a small village in The Gambia where the Medical Research Council unit has been established for over 35 years. In the remote rural village, the unit employs over 200 local staff ranging from scientists, physicians, nurses and laboratory technicians to field workers and cleaners, many of whom are natives of Keneba and nearby regions. This mixture created a “natural experiment” to study a wide diversity of wealth, education and housing conditions within the same village with free health services to all groups.

The height, weight and growth records of 230 children were collected by medical staff from January 1993 to December 2009. The children were a mix from MRC employees’ families and local village children. Parents’ occupation, income, education, access to water, sanitation and housing were documented.

In the study, annual incomes ranged from $50 to $20,000 (USD) per family. Housing ranged from very basic mud block huts to Western-style housing with hot and cold running water, showers, flushing toilets, electricity and gas cooking. Children raised in Western-style housing grew very well and none of this group were stunted or underweight. But those raised outside the campus of the MRC unit fared substantially less well and were well below average height and weight even though their parents were well educated and had good, secure incomes.

Professor Prentice added: “Strategies focusing on improving nutrition for young children generally have a very modest impact when tested in rigorously controlled studies. It was widely assumed that the introduction of better water, sanitation and hygiene would overcome these limitations but the results of large clinical trials published earlier this year have also been disappointing with a little effect.

“The fact that families with high levels of education, very good incomes and guaranteed access to good food still encountered poor child growth in our study may explain the discouraging results of recent trials. The clear inference from our work is that there is a very high hygiene threshold that must be exceeded before children will grow to their best potential.”

The scientists say that improved housing and piped water into the home may decrease the risk of chronic damage to the gut, commonly known as environmental enteric disease (EED). EED impairs nutrient absorption, increases nutrient losses, and causes chronic inflammation that suppresses growth hormones. This chronic gut damage has been tied to living in poor conditions and is a factor in growth failure.  The team suggests that randomised control trials would be needed as next steps, and that transformative WASH interventions may be necessary.

The study was funded by the Medical Research Council and the Department for International Development.