Anna Vassall is a health economist with over twenty five years of experience in economic analysis in low and middle income countries. Prior to working for LSHTM, Anna worked for the UK's NHS supporting funding/contracting, DfID as a health economist in the UK/Pakistan and the Royal Tropical Institute, Amsterdam. She has extensive experience supporting national health planning and priority setting, aid effectiveness, and cost-effectiveness analysis in a wide range of low and middle income countries. She has directed and provided economic support to European Community and World Bank funded health sector reform and development projects in Yemen, East Timor, Syria and Sudan: supporting the development of health benefit package, national strategic plans and medium term expendtiure frameworks. Her PhD is in economic evaluation from the University of Amsterdam.

Anna is currently the Director of the Centre for Health Economics in London (CHiL) and sits in the Department of Global Health at LSHTM. She has worked at LSHTM since 2010 specialising on the economics of HIV, sexual and reproductive health, gender based violence prevention and tuberculosis (TB). She has led a wide range of economic analyses on HIV prevention for key populations (Avahan programme), the integration and organisation of HIV care and treatment services (Integra project), and new diagnostics  for TB (Xpert MTB/RIF). She has an interest in methods to incorporate health systems constraints and a societal perspective into economic evaluation and priority setting. She is the module organiser for LSHTM's distance learning course in economic evaluation.

She is a founding member of the TB-MAC modelling consortium and sits on the Strategic and Technical Advisory Group for the WHO's Global TB Programme (STAG-TB) and Task Force on Catastrophic Cost Measurement for TB. She is a lead investigator of the Global Health Costing Consortium; a Bill and Melinda Gates funded project to estimate and analyse HIV, TB and other health service costs globally. She is currently leading the first large multi-country study on the costs and cost-effectiveness of the prevention of violence against women and girls (WhatWorks), funded by the Department of International Development. She is also supporting several countries develop health benefit packages as a PI of the Disease Control Priorities (DCP) project. She has several on-going projects using health systems analysis in the evaluation of TB interventions. She was awarded the Joep Lange Chair at the Amsterdam Institute for Global Health, University of Amsterdam in 2018. 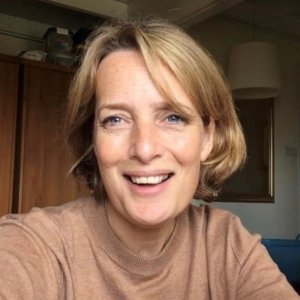