I joined the London School in 2008 as a post-doctoral research associate following a PhD at Warwick University in the immuno-epidemiology of visceral leishmaniasis. Prior to this I was the Patrick Buxton medal awardee for the LSHTM MSc in Medical Parasitology. My research interests are broadly aimed in improving child health and control of infectious diseases. In addition to this, I contribute to the epidemiology and infectious disease teaching programmes at the LSHTM.

I am the module organiser for the module Study Design: Writing a Grant Proposal (MSc Epidemiology DL), for which we won the 2018 LSHTM Innovation Award.

I also teach on the following MSc modules and short courses:

I have been supervisor or advisory board member for several student projects on child health and/or infectious diesease (both MSc and PhD) on topics including serological responses to malaria infection, impact of novel interventions on child development outcomes, HIV treatment failure in children in Africa, effects of antimalarial treatment in children already on malaria drug prophylaxis, and risk factors for incorrect treatment for diarrhoea. I'm always interested in collaborating with students on their projects so if you have an idea for a study do get in touch with me.

INSCALE PROJECT: In a collaboration with the Malaria Consortium (malariaconsortium.org) and the Institute of Global Health at UCL, the Inscale project built on the WHO/UNICEF-endorsed strategy for Integrated Community Case Management of Childhood diseases (iCCM). The study was a Gates Foundation-funded project trialling two novel and innovative community and mHealth-based programmes to improve the appropriate treatment of children with malaria, diarrhoea or pneumonia in Uganda and Mozambique.

NEWHINTS STUDY: The WHO/DFID/SNL-funded ‘Newhints’ randomised controlled trial assessing the impact of routine home visits by community health volunteers during pregnancy and after delivery on neonatal mortality in rural Ghana. We also investigated the effect of the health volunteer scheme on the level and type of infant care (immediately post birth and in the first year of life) provided by mothers.

AMANHI VPM PROJECT: A WHO-coordinated, Gates Foundation-funded multi-country project (AMANHI) to evaluate the distribution of causes of death of babies and women of reproductive age. We used verbal post mortem data (VPM) collected during large-scale conducted as part of newborn health studies in low and middle income countries in Africa and Asia. By harmonising data from multiple sites, the Amanhi VPM study will produce one of the largest datasets of newborn and maternal health indicators to help us better understand the epidemiology of maternal and newborn mortality and morbidity.

SPRING PROJECT: A large World Bank and Welcome Trust-funded child development programme was implemented in India and Pakistan. The programe aims to improve cognitive and growth outcomes in infants (at 18 months of age) using a community-based agents to support mothers and families in improved nutrition and increased interaction with children in the first 2 years of life.

I also really enjoy being involved other activities at the LSHTM or pertinent to the wider scientific community. I was Managing Editor of the journal Emerging Themes in Epidemiology (ETE) for 5 years, and am alumni of the Royal Society MP-Pairing Scheme. As part of the contribution of the LSHTM, I developed and directed a successful exhibition on "Ancient Cures" for the 2013 Bloomsbury Festival, and co-developed and produced the short film "What makes a Woman in Science?" shown as part of the LSHTM's Women in Science exhibition (2015). I am committed to promoting the work of scientists to the public and particularly to encouraging young students to become more involved if they show interest: I worked with schools in West London as a STEM Ambassador, and co-organised the LSHTM's award winning Young Scientists programme for 5 years. I am currently coordinating a commission of articles for the ETE journal on operationalising complex evaluations of public health interventions in low income settings, to be published in the summer/autumn of 2022. 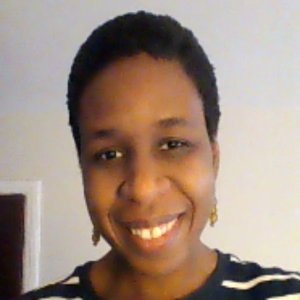