Currently I hold a fixed-term post as an Assistant Professor at the Infection Biology Department, within the Faculty of Infectious and Tropical Diseases at London School of Hygiene and Tropical Medicine. I obtained both degrees in Biochemistry and Biology at the University of Granada (Spain), followed by a MSc in Biotechnology from the Institute of Biotechnology of Granada. In 2015, I completed my PhD in Clinical Medicine and Public Health from the University of Granada. After a short postdoc stay in Rick Taleton’s Lab at the University of Georgia (USA), I undertook further postdoc work on mechanisms of resistance in Trypanosoma cruzi against drugs in John Kelly’s lab at the London School of Hygiene and Tropical Medicine sponsored by the Fundación Alfonso Martín-Escudero and the Tres Cantos Open Lab Foundation (cofounded by Marie Curie People Programme). In September 2018, I was awarded with a promotion to Assistant Professor supported by the Welcome ISSF Fellowship, from where I have leaded the discovery of a new highly efficient chemical-mediated transfection technique that is applicable to cell types ranging from bacteria to mammals. This approach has the potential to become a multidisciplinary game changer by allowing high-throughput genome-wide editing.

Currently, building in all above, I have expanded my work to approach to the field of host-parasite interactions. Precisely, as Co-investigator in the MRC grant “Understanding the molecular basis and role of parasite dormancy in Chagas disease” we aim to elucidate the cellular and molecular mechanisms that allow T. cruzi to persist life-long in the mammalian host. 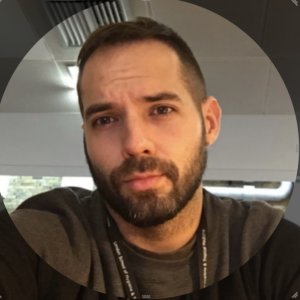