I am an epidemiologist specializing in health equity research using electronic health records and cohort data. My research is focused on identifying ethnic and social inequalities along the care pathway and the solutions necessary to address them. -:  I initially completed an undergraduate degree in public health at the University of Waterloo in Canada, followed by an MSc at LSHTM in reproductive and sexual health research. Prior to coming to LSHTM I worked at the Institute for Health and Social Policy at McGill University in Montreal, and later at Queen Mary, University of London, where I conducted quality improvement research focussed on identifying and tackling health inequalities across east London. From 2011-2015 I completed an ESRC funded PhD at LSHTM investigating how electronic health records can be best used to examine ethnic inequalities in health outcomes in the UK at LSHTM. A key focus of my PhD was establishing the usability and completeness of ethnicity recorded in primary and secondary care databases in order to answer substantive questions around ethnic differences in major chronic disease outcomes.

I am co-organiser for the Professional Certificate Course in Pharmacoepidemiology and Pharmacovigilance. I supervise and teach students on the MSc. Epidemiology and MSc. Public Health.

I am currently completing a Sir Henry Wellcome Postdoctoral Fellowship examining ethnic inequalities in trajectories of diabetes risk factor control and outcomes across the health care pathway.  I am involved in collaborative work with the UK Biobank study as a member of the Diabetes Steering Group, and with the Clinical Effectiveness Group at Queen Mary, University of London. I am also working as part of the OpenSAFELY collaborative on a range of COVID-19 related projects. 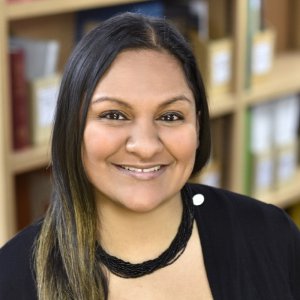