Justin is a medical anthropologist in the Department of Global Health and Development and co-leads the Anthropological Approaches to Global Health Research Group. Justin’s research combines social theory and a range of qualitative and quantitative methods to address contemporary global health challenges. His research covers a wide range of topics including multimorbidity, antimicrobial resistance, global health sovereignty, vaccines, typhoid, tuberculosis and COVID-19.

Justin’s main research focus since joining LSHTM has been antimicrobial resistance (AMR), contributing to a range of research, public engagement and capacity building projects and as part of the AMR Centre and the Anthropology of AMR Research Group. Justin is the social science coordinator of the FCDO-funded FIEBRE study in Africa and Asia, and is the co-investigator on a Wellcome Trust study examining the effects of mass typhoid vaccination on antimicrobial prescribing in Harare. Justin is particularly interested in developing new collaborative ways of working. As part of a recently-awarded Wellcome Trust Humanities and Social Science Fellowship, he will be working with a wide range of disciplines and fields of expertise to develop an interdisciplinary framework for tackling the rising challenge of multimorbidity in the global south.

Justin is a module organiser and seminar leader for the MSc module Medical Anthropology and Public Health. He also lectures on the Evidence Based Public Health and Policy and Practice module for LSHTM’s DrPH Programme.

Justin's research has primarily been conducted in sub-Saharan Africa, including South Africa, where his PhD research and postgraduate projects were undertaken and in Zimbabwe, where his postdoctoral research on antimicrobial resistance has been situated. Between 2011 and 2017, Justin worked with a research institute called the South African Tuberculosis Vaccines Initiative (SATVI), which runs TB vaccine trials in the Western Cape. Justin’s PhD thesis explored the effects of these trials on health seeking and delivery, care relations (especially between nurses and patients) and people's attempts to craft lives they consider to be moral, valuable and respectable in areas with high levels of gang violence.

Justin's research with SATVI was conducted within a broader project run by the University of Cape Town's anthropology department called Social Markers of TB. The aim of this project is to explore lived realities of TB in South Africa and how bio- and social markers of TB intersect against the backdrop of enduring legacies of apartheid and the biopolitics of global health.

As part of his current work on the FIEBRE study, Justin explores conceptualisations and enactments of 'good' antimicrobial use for febrile illness among patients, lay publics, healthcare practitioners and scientists in Malawi, Zimbabwe and Myanmar. The study is also concerned with unpacking what care means in the increasingly restrictive prescribing environment being brought about by AMR-related policy and practice. His primary fieldwork will be conducted in Harare, Zimbabwe and also involves comparative ethnographic and epidemiological analyses across FIEBRE study sites in sub-Saharan Africa and South-East Asia. 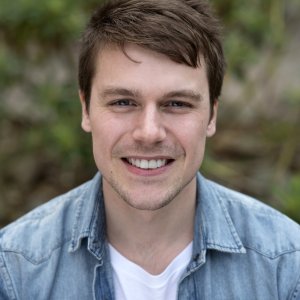