Dr Beshir is a genomic epidemiologist with a background in Biology, Medical Parasitology and Biomedical Science.

Dr Beshir's research work focuses on understanding how malaria parasites evade drug attack (become resistant) and escape detection by rapid diagnostic tests (RDTs)and become undetectable. To achieve this, we continuously work on the development of new and fit-for-purpose molecular and genomic tools to detect and monitor these new malaria parasite population. Dr Beshir has previously worked on the development of affordable COVID-19 testing assays that can be used in Low and Middle Income Countries, and supported LMIC countries with COVID-19 vaiant detections using NGS genomics.

Dr Beshir previously worked on EDCTP-funded WANECAM project on Clinical trial of four Artemisinin Combination Therapies (ACT) in west Africa. Dr Beshir also worked on molecular evaluation of the efficacy of ACTs as well as Seasonal Malaria Chemoprevention (SMC) therapies in West Africa. In both projects, Dr Beshir worked on development of new molecular tools to monitor the emergence of drug resistance parasites to both ACTs and SMCs.

Faculty of Infectious and Tropical Diseases

Dr Beshir teach molecular and genomic evolution and he is a tutor on Medical Parasitology course and Malaria DL module and is involved in the teaching of Miscroscopic Diagnosis of Malaria Parasites and Molecular Biology. Dr Beshir is a member of joint committee for Medical Parasitology and Medical Entomology for Disease Control courses.

Dr Beshir's project involves understadning how malaria parasites evade detection by RDTs and become invisible; the impact of the change on the RDT perfromance; the possible fitness-cost to the malaria parasites due to the change in their genetic make-up to achieve the invisibility and what effect this has on disease outcome and severity. Dr Beshir's research focuses in three areas:

1. Understanding how malaria parasites escape detection. To achieve this, we developed a molecular tool called multiplex qPCR to identify the genes that help the pathogen become invisible during diagnosis by RDT. We have shown that the pathogen deletes two key genes (pfhrp2 and pfhrp3), its antigens commonly recognised by RDT.  Our work has previously identified these striain of malaria pathgens in Eritrea, Ethiopia, Kenya, Somalia, South Sudan, Sudan, Tanzania and Uganda.

2. Understading the consequence of gene deletion to the fitness of the malaria pathogen. We investigate whether the deletion of the genes cause the parasite to be less fit by measuring its ability to grow and develop in the labouratory.

3. Investigating whether malaria pathogens with the deletion of the two key genes have any impact on the outcome and severity of disease. We are currently working on samples from mild and severe malaria cases to see if the two groups are infected with different malaria parasite populations.

In collaboration with Dr Sutherlands group, Dr Beshir is also involved in:

1. Development of novel molecular tools to understand why some malaria pathogens evade drug attack (become resistant). Dr Beshir has been continuously working to assess the efficacy of drugs by developing novel and fit-for-purpose molecular tools. The molecular tools that we previously developed have been used in drug resitance studies in Africa.

2. Investigation and identification of potential molecular markers for ACT resistance  in Plasmodium falciparum. Dr Beshir is particularily interested in genes involved in causing the malaria drugs to fail in killing the malaria parastes. Genes such as pfcrt, pfmdr1, pfK13, Pfcoronin and Pfaptmu are our current targets to investigate for mutations. 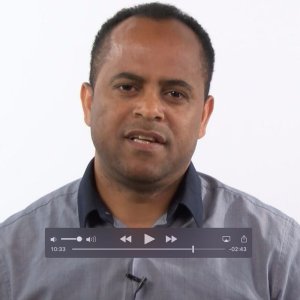