Prior to coming to LSHTM in March 2019, he worked as a Clinical Lecturer in Paediatrics at the University of Oxford for two years with Professor Andrew Pollard.

His Imperial College PhD research was into paediatric immunity to M. tuberculosis infection using epidemiological, functional, cellular and molecular techniques to explore protection against tuberculosis. This was under the supervision of Professor Beate Kampmann and conducted at MRC Unit The Gambia at LSHTM.

He previously spent six months with Prof. Eric Rubin at the Harvard School of Public Health in 2010-11. He trained at Cambridge and Oxford Universities and has a Masters of Education Degree from Harvard Graduate School of Education.

Robin also has an interest in using the power of film to engage with the public and stimulate interdisciplinary discussion about child well-being. He was awarded a Residency by the Bergman Estate in June 2019 to develop this further. His film events have also been awarded a Distinction in the Film Discovery Award and a Commendation for Best Film Programme at the 2017 Cinema For All Film Society of the Year Awards.

Faculty of Infectious and Tropical Diseases
Department of Clinical Research 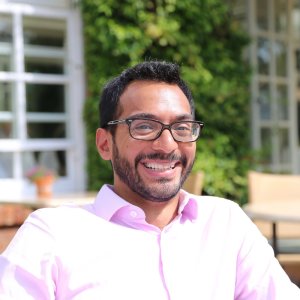