I am based at the MRC Unit The Gambia @ LSHTM, where I am MRC Investigator and Co-Director of LSHTM Centre for Epidemic Preparedness and Response. I was the founding Director of the WHO Collaborating Centre for New Vaccines Surveillance and now directs the WHO Regional Reference Laboratory for invasive bacterial diseases. I am currently a member of the MRC Unit The Gambia @ LSHTM Senior Strategic Leadership Board and Chairs the Unit’s West Africa Strategy and partnership. In this role, I represent the Unit at most regional meetings in Africa including the West Africa Global Health Alliance, ECOWAS, AU's Africa CDC, WHO AFRO and West Africa Health Organisation.

I obtained my PhD from Queen Mary and Westfield College, University of London in 1997. I am a Fellow of the African Academy of Sciences, Royal College of Pathologist (UK) and Honorary Fellow of the Royal College of Physicians (London, UK). I am also Honorary Professor at Warwick Medical School, University of Warwick, Coventry, UK and previously an Honorary Professor at LSHTM until the MRC Unit The Gambia was transferred to LSHTM in Feb 2018.

I am the Research Degrees Coordinator at the MRC Unit The Gambia @ LSHTM and I chair the Higher Degrees Committee.

I have also hosted MSc summer research project students from LSHTM in The Gambia.

I teach on the Wellcome Genome Campus Advanced Course on Molecular Approaches to Clinical Microbiology in Africa.

My research is focused on the leverage of innovative molecular technologies in diagnosis of tropical diseases (mainly tuberculosis, meningitis, pneumonia, diarrhoeal diseases), investigation of meningitis outbreaks and transmission, antimicrobial resistance and clinical trials. I lead a number of large-scale international research projects, including serving as the WHO Reference Laboratory for Invasive Pneumococcal Disease (IPD) and establishing large IPD surveillance platforms across twelve countries in West and Central Africa for measuring pneumococcal conjugate vaccine impact.

Additional, the WHO Collaborating Centre (WHOCC) for New Vaccines Surveillance provides technical support to countries in the African Region to improve on surveillance of Invasive Bacterial Diseases (IBD). A key objective of the centre is to support WHO sentinel sites to (1) Quantify the burden of invasive bacterial disease to inform policy makers on new vaccine introduction (2) Measure disease burden and vaccine impact (3) Quantify the burden of antimicrobial resistance and its potential on vaccine impact to reduce antimicrobial resistance. The centre also promotes national and regional networking and conduct training courses, workshops and seminars on vaccine preventable diseases in Africa. This is achieved through strong collaboration and capacity building with Ministries of Health in Africa.

The centre also provides expertise and technical assistance during meningitis outbreaks in sub-Saharan Africa. Most notably, I led the WHO rapid support team for meningitis outbreak in Ghana (2016), Nigeria (2017) and Sudan (2019) where I supported the governments and public health officers to identify the causative outbreak agents.

Furthermore, my research applies molecular tools to understand the impact of air pollution on the nasopharyngeal microbiome and epidemic meningitis in Africa. 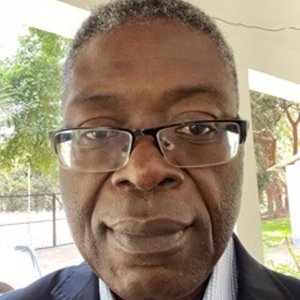