Thomas Sydenham (10 September 1624 - 29 December 1689) was an English physician. He was the author of Observationes Medicae which became a standard textbook of medicine for two centuries so that he became known as 'The English Hippocrates'. Among his many achievements was the discovery of a disease, Sydenham's Chorea, also known as St Vitus Dance. 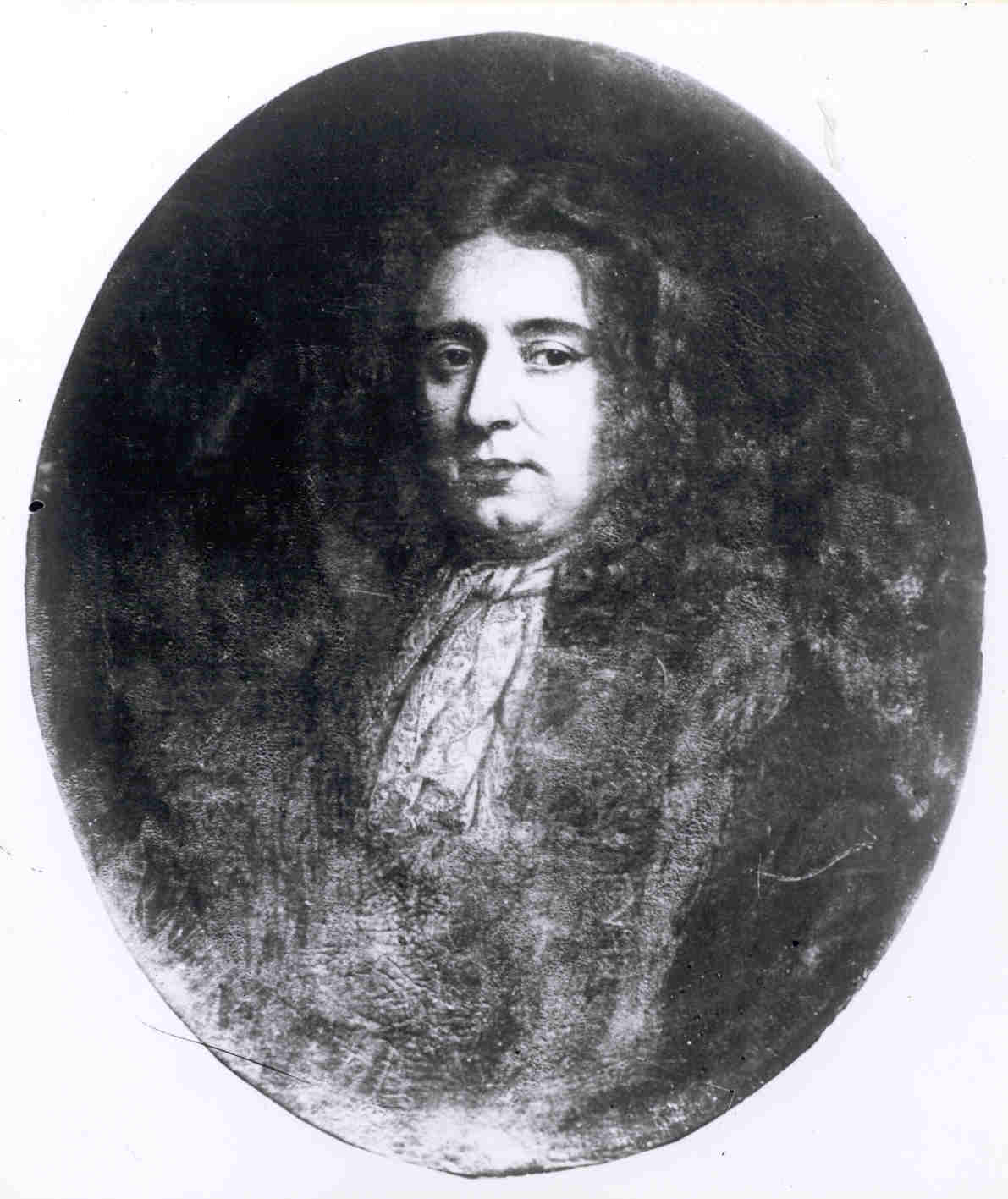 Sydenham is the earliest of the names on the frieze. He was a Dorsetman from a Puritan family who was sent off to the strongly Royalist university of Oxford at the age of eighteen. He was only there a few months when the Civil War between King and Parliament broke out and young Sydenham abandoned further education for military service in the Parliamentary forces.

It was not until he returned to Oxford in 1646 that he decided to study medicine. After a remarkably brief medical education of two years he was created Bachelor of Medicine by special command of the new Chancellor, the Puritan Earl of Pembroke. Whether the university authorities had any say in the matter is unknown!

Sydenham stayed in Oxford, becoming a Fellow of All Souls, until 1655 when he petitioned Cromwell for a gratuity as compensation for injuries received during the wars. When he obtained it he abandoned All Souls and married, leaving Oxford for the dubious joys of practice in Westminster, then a marshy area where malaria was rampant and politicians already plentiful.

When Charles II was restored to the throne at the end of May 1660 Sydenham left for the continent and is thought to have studied at Montpellier. If he did, his studies were brief as he recorded that he was in London during the summer that same year, suffering from gout.

Despite a sketchy formal medical education Sydenham passed three examinations to become a licentiate of the Royal College of Physicians in 1663, a necessity for a London practice. In 1666 he published his Methodus curandi febres which earned him an international reputation as a physician. It is said that whenever Sydenham's name was mentioned, the great Dutch physician Herman Boerhaave of Leiden doffed his hat.

At a time when physicians dosed their patients with every nostrum that came to hand in the hope that one of them would work, Sydenham was notable for allowing nature to take its course - probably to the relief of his patients. However he did advocate the use of cinchona bark for the treatment of ague and the 'cooling method' for smallpox. Like Sir Patrick Manson, he was a martyr to gout and wrote a treatise on it with particular feeling.

He is buried in St James's, Piccadilly.