Sir Ronald Ross (13 May 1857 - 16 September 1932), was a British medical doctor who received the Nobel Prize for Physiology or Medicine in 1902 for his work on the transmission of malaria. 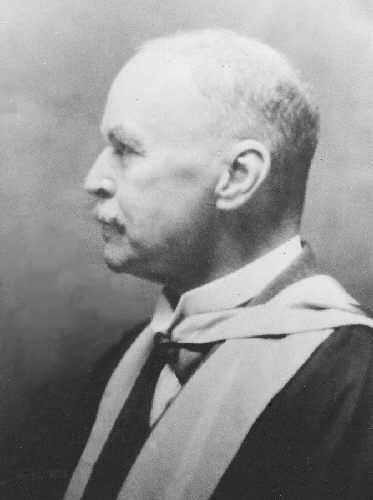 Sir Ronald Ross was born a few days after the outbreak of the Indian Mutiny. His childhood followed the usual pattern for British families in India of spending his early years with his parents and then at the age of seven being sent home to be farmed out with relatives during his education. Despite young Ronald's artistic inclinations, his father insisted on his studying medicine at St Bartholomew's Hospital Medical College and, after a protracted career as a reluctant medical student and a brief one as a ship's surgeon, he completed his qualifications in 1881 and joined the Madras branch of the Indian Medical Service (IMS). After duty in various parts of the Madras Presidency, Burma and the Andaman Islands he became interested in malaria and, having originally doubted the parasites' existence became an enthusiastic convert to 'Laveranity' (the belief that malaria parasites were in the blood stream) when it was demonstrated to him by Patrick Manson in 1894 during a period of home leave.

On his return to India, Ross took Manson's advice to 'follow the flagellum' and made a thorough nuisance of himself to the authorities. After being ordered from Madras to a malaria-free environment in Rajputana, Ross threatened to resign but, following representations on his behalf by Manson, the Indian Government put him on special duty for a year to investigate malaria and kala azar. Kala azar defeated Ross but he managed to trace the means of infection of avian malaria before resigning from the IMS in 1899 and joining the infant Liverpool School of Tropical Medicine. He completed his work on the transmission of human malaria in Sierra Leone during the summer of 1899. Ross stayed with the Liverpool School until 1912 despite some stormy scenes with the authorities there. He came to London to set up in private practice at the beginning of 1913 but was called up at the outbreak of war in 1914. As well as being consultant physician to Indian troops stationed in England he was sent to Egypt to investigate dysentery, ending the war working for the War Office on the co-ordination of the treatment of men with malaria.

He finally severed all connection with Liverpool in 1917, leaving in high dudgeon when his honorary chair in Tropical Sanitation was not renewed. After the war he worked for the Ministry of Pensions, again on the treatment of men with malaria, and wrote his autobiography. After a public appeal headed by H H Asquith who was Prime Minister at the beginning of the war, the Ross Institute and Hospital for Tropical Diseases was opened in 1926 in a mansion on Putney Heath with Ross as its Director-in-Chief. He made several trips abroad to India, Ceylon and Malaya but his travels ceased when he suffered a stroke in 1927. Some fifteen months after his death the Ross Institute was incorporated into this School.