Max von Pettenkofer (3 December 1818 - 10 February 1901) was a Bavarian chemist and hygienist. He is known for his work in practical hygiene, as an apostle of good water, fresh air and proper sewage disposal. 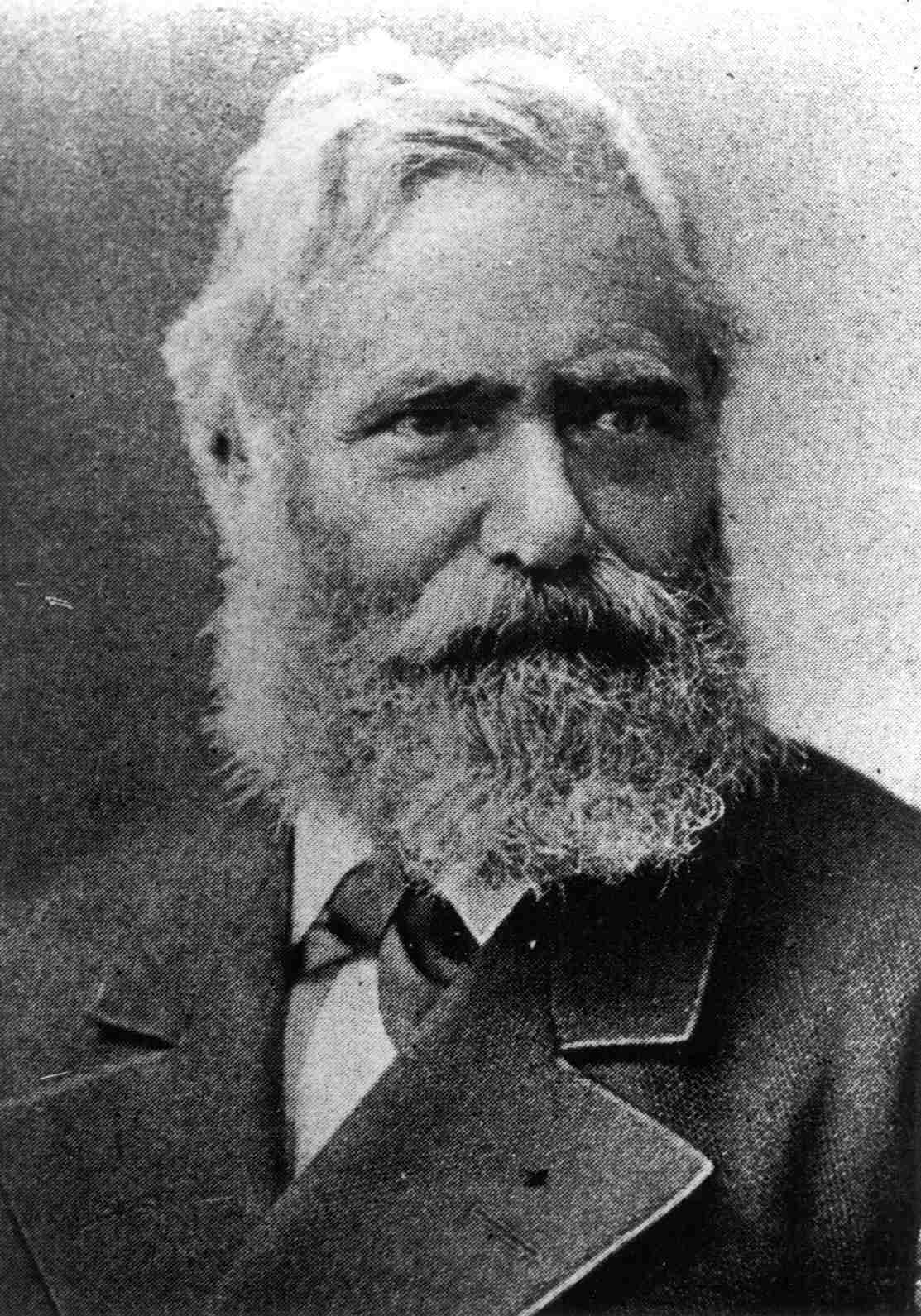 Pettenkofer was one of eight children born to a small farmer in southern Germany but was saved from a life of agricultural toil by a wealthy but childless uncle, who was Court Apothecary to the Bavarian court. Young Max was brought up and educated by his uncle who groomed him as his successor. Unfortunately both uncle and nephew were volatile in temperament and, during a public quarrel, Max received a box on the ears which caused him to resign from the pharmacy and join a local theatrical company. However his acting ability was minimal and he was persuaded to return to his uncle's house by his cousin Helen whom he later married. He re-started at the university in 1841 but his uncle insisted that he studied medicine as a sure means of livelihood.

Pettenkofer passed the apothecary's exam in two years and applied to join Liebig's laboratory at Giessen, to enter which he had wait a further two years. In the meantime he studied at Würzberg, devising the test for bile acid that bears his name. Pettenkofer also started research into meat juices which inspired Liebig to investigate them and produce his extract of meat.

Despite Liebig's unwillingness to see him go, Pettenkofer eventually left Giessen to seek better-paid employment in Munich. After an unsuccessful attempt at a post in the university he obtained a position at the Mint and did so well there that when he was offered an academic appointment he turned it down. Liebig intervened and Pettenkofer was appointed Extraordinary Professor of Pathological Chemistry in 1847, being promoted to Ordinary Professor some eight years later. By this roundabout route he was able to fulfil his uncle's original ambition when he was appointed Chief of the Court Pharmacy and Apothecary to the Court in 1850.

During the early 1850s there were epidemics of cholera and typhoid in Munich which led Pettenkofer to investigate John Snow's thesis that they were water-borne. The results of his investigation convinced him that the cause lay in the moisture content of the soil which varied with the rise and fall of ground water. Despite his fallacious theories Pettenkofer's sanitary work improved the health of Munich. He steadfastly refused to believe in the germ theory and is said to have drunk a vial of water contaminated by Vibrio cholerae which was sent to him by Robert Koch, assuring Koch that he remained in his usual good health. There is a theory that this episode was a death wish in disguise as, after losing his wife and three of his children, he sank into depression and committed suicide.