Louis Pasteur (December 27, 1822 - September 28, 1895) was a French chemist and microbiologist renowned for his discoveries of the principles of vaccination, microbial fermentation and pasteurization. 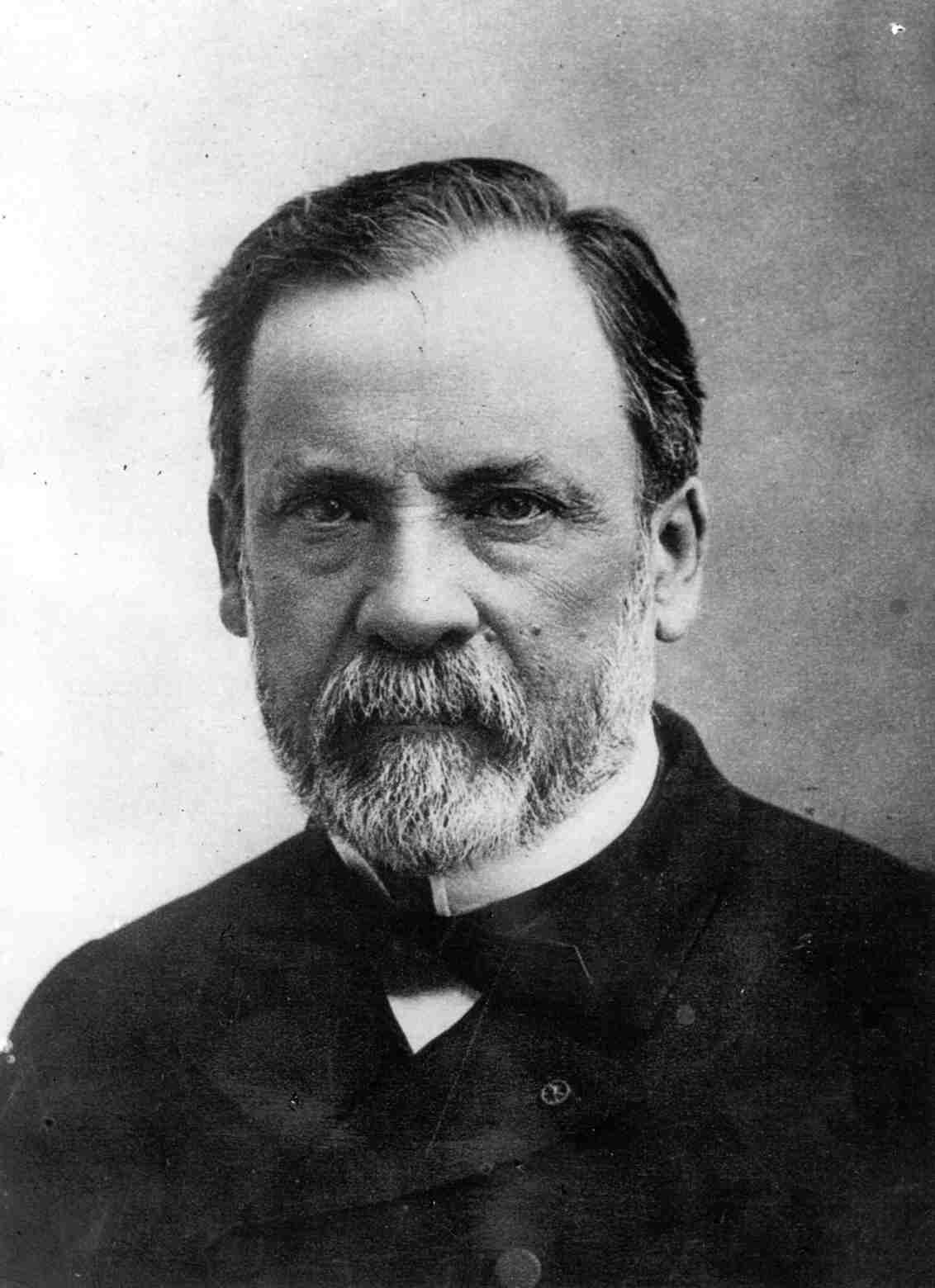 Few men have a string of research institutes named after them and their name incorporated into a multitude of languages but Louis Pasteur has been so honoured. He was born in the east of France and was so homesick when he was sent to school in Paris at the age of fifteen that he returned to study instead at Besançon where he was considered a mediocre student. His return to Paris in 1842 was more successful, and he supported himself there by teaching while also attending chemistry lectures at the Sorbonne.

His first step on the road to fame was the result of work done on the crystallography of tartars which led to advances in the study of racemic acid. Pasteur was so excited by his discovery that he dashed out of his laboratory, accosted the first passer-by and told him all about it. His work was rewarded by a grateful nation with a prize of 1500 francs and membership of the Légion d'Honneur. He became Professor of Physics at the University of Dijon and then, in 1849, moved to Strasbourg as Professor of Chemistry. Eight years later he produced his seminal work on the souring of milk and its preservation by heating which laid the foundations of the science of bacteriology.

He was sent to Alès in the Departement du Gard, now known for its École des Mines and as a reservoir of Leishmania donovani in its canine population, to study the diseases of silkworms. His researches revived an ailing industry and his recommendations had international impact. Subsequently he worked on the bacteriology of that mainstay of the French economy and gastronomy, wine, and was awarded a medal for his efforts by Emperor Napoleon III.

In 1873 he, a chemist, was elected an associate of the Academie de Médecine where, to convince the sceptical, he gave practical demonstrations of the germ theory by showing that a hen could develop anthrax if its body temperature were lowered by plunging it in a bowl of cold water and that it would recover when it was dried and returned to normal. Through serendipity he discovered the efficacy of attenuated vaccines in building up resistance to infectious diseases and these researches culminated in his work on rabies and the development of a vaccine which gave protection against this terrifying disease.

He died, after a series of strokes, at Villeneuve l'Étang near Paris.